A Vaccine for Head and Neck Cancer Prevention?

The American Cancer Society estimates that there will be 48,000 new cases of head and neck cancer for 2009.

The American Cancer Society estimates that there will be 48,000 new cases of head and neck cancer for 2009. The majority of these cases, 48%, occur in the oral cavity followed most often by the larynx at 26% and the oropharynx at 10%. It has long been established that the two most common risk factors are tobacco use and alcohol. Smokers are 6 times as likely to develop squamous cell carcinoma of the head and neck (SCCHN) than non-smokers. When you add in alcohol, your risk increases 10-fold. But there have been a surprising amount of new cases of tongue and tonsil cancers that do not fit the common risks. The patients are young, usually male and have little or no history of alcohol or tobacco use. The surprising culprit, Human Papilloma Virus (HPV). Clinical evidence indicated that high-risk HPVs, especially HPV-16 account for the development of head and neck carcinoma in some people who don’t have the classic risk factors of tobacco and alcohol use. According to the Surveillance, Epidemiology and End Results (SEER) data, the annual incidence of tongue and tonsil caner in the US increased from 2.6% from 1975-1981 to 3.3% from 1999-2001. During these same time periods other sites of head and neck cancer decreased. But during those same time periods there was a parallel increase in sexual transmission of HPV. A study published in the New England Journal of Medicine looked at the sexual behavior of the patients who did not have the classic risk factors for SCCHN and found that oral HPV infection is sexually acquired. The association with oropharyngeal cancer increased significantly with the number of vaginal-sex partners or oral-sex partners and was markedly elevated among patients with a high lifetime number of such partners. In addition, the researchers could not rule out transmission through direct mouth-to-mouth contact or other means.

Regardless of whether a patient’s SCCHN is HPV related or not, the treatment remains the same. All stages are treated aggressively with the goal of cure except for Stage IVB which has metastasized. I recently had the chance to speak to two different oncologists who specialize in treating patients with head and neck cancer and who practice in different areas of the country, to see if they test for HPV in their patients. One stated that they test every tissue that is biopsied to verify if it is HPV related or not. The other said they don’t test any patient for this; they assume that if the patient does not meet the standard risk factors that they are most likely HPV related. So if the treatment is the same, do we need to know? That’s the dilemma right now. The prognosis for HPV related HNC is much better than non HPV related, so perhaps, if we were certain, we might try some more aggressive treatments in a patient that might otherwise not receive that. I think the bigger question is what lies in the future though. If we continue to show a relationship between HPV infection, head and neck cancer and sexual behavior, will be also see a change in prevention? As most of you know, the vaccine Gardasil has been a star in reducing the risk of cervical cancer. So much so that it is being recommended for use in all young women. Since this vaccine is currently only used in relation to cervical cancer though, it is only being recommended for girls. If we continue to see a rise in young men with oral cancers that are HPV related, that may change. This may also change the way we educate about oral sex. The idea that oral sex is risk-free is incorrect. It comes with significant risks and developing cancer in now among them.

I don’t know what the cost of testing tissue for HPV is. I imagine it is not inexpensive. So do I think we should test every single biopsy? Maybe that’s overkill. But when the most common risk factors, including age, are not present, perhaps the cost is worth it. Maybe not for that particular patient, but to be able to show a more consistent link which will guide our education, prevention and risk management in the future. 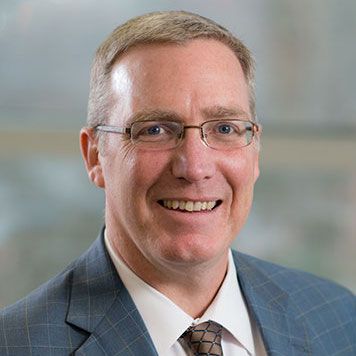