Politicians and Policy Experts Agree that Healthcare Reform Will Pass, but Disagree on Key Details, Including How to Pay for It

Politicians and Policy Experts Agree that Healthcare Reform Will Pass, but Disagree on Key Details, Including How to Pay for It

“There would be too much political damage done if something doesn’t pass, so Congress will find a way,” said

WASHINGTON DC — October 8, 2009 — At a healthcare forum hosted by Politics magazine, current and former members of Congress said they believed President Obama would sign some sort of a healthcare reform package, most likely later this year. Congressman Michael

The day’s first discussion panel looked at the future of healthcare reform and public funding. Moderated by Julie Barnes, Deputy Director of the Health Policy Program at the New America Foundation, the panel featured Burgess, Barasso, former Congressman Martin Frost and former Congresswoman Nancy Johnson. The subject of how to fund healthcare reform generated passionate debate. Senator Barrasso stated that “whatever comes out is going to cost $1 trillion, and will include about $500 billion in cuts for those people who depend on Medicare. And it will involve $400 billion in new taxes.”

Former Congressman Frost spoke about the challenges of paying for insurance coverage for millions of currently uninsured Americans. “The problems with pre-existing conditions, inability to change insurance coverage, lack of access across state lines—everyone agrees for the most part on those issues. Where we may depart is what to do about the millions who don’t have insurance now, and can’t afford to have insurance. How much subsidy should the government provide for those [who can’t afford] coverage? And how do you pay for it without adding a single penny to the deficit?”

Rother said that a much bigger issue is the need for significant improvements in public health. “Screening individuals has a microscopic impact [compared to] getting people to stop smoking or lose weight.” Those things have a monumental impact, he said, and patients should be incentivized to make better choices.

Kelly said that pharmacists will play a key role in improving overall care, partly through medication therapy management and other methods that encourage patient compliance with treatment. Kelly advocated a better-organized delivery system and greater use of technology to eliminate duplication of effort and promote “the high-quality care all Americans deserve.”

The panelists agreed that hospitals, specialist physicians, and health insurers faced the greatest risk if healthcare reform passes. Badgley said, “If you look at where healthcare costs come from, the hospital sector is the biggest part of it. Going forward on the healthcare policy side you have to get everyone in a larger pool to reduce the rates, including what I call the ‘young invincible.’”

Former Governor Dean said that for-profit healthcare creates its own inefficiencies. “Every dime that is collected as profit is money that does not go to improving health. If you don’t have a public option—a real public option—we’re not going to allow people to make real choices. The public option is a way to get private insurers to offer Americans better choices. It’s not a stepping stone on the path to a single-payer system.”

Dean also argued that passing some sort of healthcare reform is crucial for Democrats politically if they want to hold onto their majority. He closed the event by arguing for increased compensation for primary care physicians, perhaps even through a salary structure that would allow them to spend more time with patients. “If physicians were paid in a lump sum, rather than by the procedures and tests they perform, we could deliver extraordinary care,” he said.

Full video of the 2nd annual Politics magazine Health Policy Summit will be available shortly on the Politics magazine website (www.politicsmagazine.com), as well as on HCPLive.com, AJMC.com, and PharmacyTimes.com.

magazine educates, informs, entertains and connects all those who touch politics, from high-profile players to political junkies and casual observers. The magazine is published 13 times per year by Political World Communications, LLC. For more information, visit www.politicsmagazine.com.

About the American Journal of Managed Care

The American Journal of Managed Care is an independent, peer-reviewed publication dedicated to disseminating clinical information to managed care physicians, clinical decision makers, and other healthcare professionals. Its aim is to stimulate scientific communication in the ever-evolving field of managed care. The American Journal of Managed Care addresses a broad range of issues relevant to clinical decision making in a cost-constrained environment and examines the impact of clinical, management, and policy interventions and programs on healthcare and economic outcomes.

Pharmacy Times is dedicated to providing pharmacists with practical, authoritative information with the ultimate goal of improving patient care. Accredited by the Accreditation Council for Pharmacy Education (ACPE) as a provider of continuing pharmacy education, the publication covers important topics such as medication safety, drug interactions, pharmacy technology, disease state management, patient counseling, and pharmacy law. The publication was formed in 1897, and to this day remains an influential industry leader. 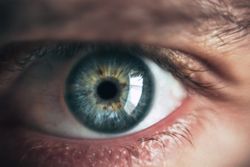