Cannabis use is associated with poorer mental health outcomes, with evidence showing the use of higher-potency cannabis increasing these risks.

However, there has not been a wide-scale study describing the association between cannabis potency and concurrent mental health in a general population sample or addressed confounding using longitudinal data.

A team, led by Lindsay A. Hines, PhD, Population Health Science, Bristol Medical School, University of Bristol, examined whether high-potency cannabis compared to low-potency cannabis increases the risk of problems resulting from cannabis use, common mental disorders, and psychotic experiences after controlling for early-life mental health symptoms and frequency of use.

The cohort study included 1087 individuals who reported cannabis use in the previous year from the Avon Longitudinal Study of Parents and Children, a UK birth cohort. Data was included from participants born between April 1, 1991 and December 31, 1992.

The investigators collected present data on outcomes and exposures between June 2015 and October 2017, where the participants were 24 years old.

The mean age at onset of cannabis was 16.7 years old.

The team sough outcomes of frequency of cannabis use, reported cannabis use problems, recent use of other illicit drugs, tobacco dependence, alcohol use disorder, depression, generalized anxiety disorder, and psychotic-like experiences.

However, the risk of psychotic experiences was attenuated after adjusting for frequency of cannabis use.

There was also no evidence found linking the use of high-potency cannabis and alcohol use disorder or depression.

In a separate study, investigators found individuals with a history of cannabis dependence were less likely to have good mental health and more likely to have some form of mental illness or substance dependence compared to those who had never been dependent on cannabis.

Esme Fuller-Thomson, PhD, and a team of Canada-based colleagues compared Canadians with a history of cannabis dependence to those who had never been addicted to the substance to identify the prevalence of risk and protective factors associated with cannabis remission, the absence of psychiatric disorders or addictions in the past year, and positive mental health.

The UK study shows that high-potency cannabis may be a factor in the worsening mental health outcomes.

“Risks for cannabis use problems and anxiety disorders are higher among those reporting use of high-potency cannabis,” the authors wrote “Provision of public health messaging regarding the importance of reducing both frequency of cannabis use and the potency of the drug, as well as limiting the availability of high-potency cannabis, may be effective for reducing these risks.”

Cannabis represents the most commonly used internationally regulated drug globally, with policies on its use becoming more liberal.

The study, “Association of High-Potency Cannabis Use With Mental Health and Substance Use in Adolescence,” was published online in JAMA Psychiatry. 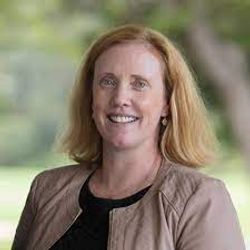