According to investigators, no previous studies had investigated the expression of IL-38 in patients with vitiligo.

New data from Egypt confirmed that interleukin (IL)-38 serum levels were significantly higher in patients with vitiligo when compared to health controls.

Additionally, higher IL-38 serum level was associated with both vitiligo severity and signs of activity.

The study, led by Radwa El-Sayed Mahmoud Marie, MD, Department of Dermatology, Venereology and Andrology, Faculty of Medicine, Suez Canal University, was the first of its kind: No previous studies had investigated the expression of IL-38 in patients with vitiligo.

Marie and investigators noted that IL-38, a member of the IL-1 family of cytokines, has been linked to the suppression of T-helper (Th)1 and Th17 activation, which attack against melanocytes in the body and are directly related to vitiligo.

With their study, Marie and colleagues evaluated IL-38 serum level in patients with vitiligo and examined the association between IL-38 level and vitiligo severity and activity.

The case-control study consisted of 42 patients in total, 21 of whom had vitiligo and were recruited from the Dermatology Outpatient Clinic, and 21 healthy controls.

All laboratory assays were conducted at the Medical Biochemistry Laboratory, with the study itself having been conducted from August 2020 to March 2021.

Demographic and other relevant clinical data were obtained for each patients, and dermatological examinations were performed to assess the location, extent, and pattern of a patients’ vitiligo.

Clinical features of vitiligo such as gender, clinical pattern, disease duration, and VIDA score did not influence IL-38 serum levels.

The investigative team cited several limitations to their study including a small sample size and a lack of assessment of IL-38 expression in vitiligo skin lesions versus perilesional skin and healthy controls skin, among others.

As such, further research was suggested.

“Our results provide preliminary data that IL-38 may play a role in the immune dysregulation implicated in vitiligo, and is related to vitiligo disease activity and severity,” the team wrote. “Nevertheless, more future research with a larger sample size is required to identify the expression of IL-38 in vitiligo lesions and its molecular roles in vitiligo.”

The study, “Interleukin 38 serum level is increased in patients with vitiligo, correlated with disease severity, and associated with signs of disease activity,” was published online in the Journal of Cosmetic Dermatology. 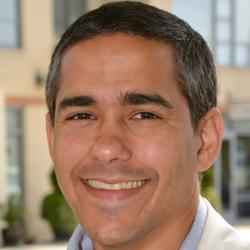