Health IT Part of Stimulus Bill Passing Through Congress 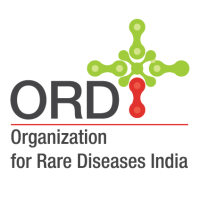 As President Obama's economic stimulus plan travels through Congress, the allocated $20 billion for health IT has remained an intact part of the bill.

As President Obama’s economic stimulus plan travels through Congress, the allocated $20 billion for health IT has remained an intact part of the bill, and if passed, would promote the use of health IT in doctors’ offices and hospitals. Funds would cover health IT infrastructure, training, dissemination of best practices, telemedicine, inclusion of health IT in clinical education, and state grants to promote health IT, according to a statement from the Office of the National Coordinator for Health Information Technology within the Department of Health and Human Services.

If the bill is passed, it would start to take effect in 2011 by authorizing payments to physicians for as much as $41,000 over the course of five years, for use of certified EHRs. Medicare payments would then, in 2016, be reduced for healthcare professionals who are not using a certified EHR system. Hospitals would also be able to receive incentive payments, where amounts would be tied to their numbers of discharges. According to the statement from the office of Health IT, the bill would accomplish four main goals:

• Require the government to take a leadership role to develop standards by 2010 that allow for the nationwide electronic exchange and use of health information to improve quality and coordination of care;

• Save the government $10 billion, and generate additional savings throughout the health sector through improvements in quality of care and care coordination, and reductions in medical errors and duplicative care; and

• Strengthen federal privacy and security law to protect identifiable health information from misuse as the healthcare sector increases use of Health IT.

The Congressional Budget Office estimates that 90% of doctors and nearly three-quarters of hospitals would be using EHRs within the next decade if the bill were passed.