A hormone can predict which kidney patients will develop heart problems, require dialysis, or die prematurely.

High levels of fibroblast growth factor-23, a hormone known as FGF-23, can predict which kidney patients will develop heart problems, require dialysis, or die prematurely, according to the results of a recent study.

“This discovery allows us to predict at-risk patients before they require dialysis,” lead investigator Michel Chonchol, MD, said in a statement. He is an associate professor in the division of renal diseases and hypertension at the University of Colorado School of Medicine, where the research was conducted. “That’s critical because approximately 23% of patients on dialysis die in the first year.”

Chonchol and fellow researcher Jessica Kendrick, MD, studied the blood plasma of patients with advanced kidney disease for the study, which was published in the Journal of the American Society of Nephrology. They found that levels FGF-23 increased as the patient’s kidney function decreased.

It was known that concentrations of FGF-23, which regulates phosphate levels in the body, are elevated in patients with chronic kidney disease (CKD). But it was not completely understood whether higher plasma FGF-23 concentrations associate with all-cause mortality, cardiovascular events, or initiation of chronic dialysis.

As the kidneys fail, they are unable to excrete phosphorous and this increases FGF-23 levels. The higher the hormone levels, the greater chance the patient will die. “At this point we don’t know how the hormone changes the body,” Chonchol said.

The researchers measured FGF-23 concentration in stored plasma samples from 1,099 patients with advanced CKD who participated in the Homocysteine in Kidney and End Stage Renal Disease study.

“Compared with the lowest quartile of FGF-23, each subsequent quartile associated with a progressively higher risk for death, adjusted for confounders (HR [95% CI] of 1.24 [0.91 to 1.69], 1.76 [1.28 to 2.44], and 2.17 [1.56 to 3.08] for the second through fourth quartiles, respectively). In addition, compared with the lowest quartile, the two highest quartiles of FGF-23 also associated with a significantly elevated risk for cardiovascular events and initiation of chronic dialysis.”

Until the development of the FGF-23 testing method, doctors relied on measuring phosphorous to assess phosphate balance in patients with kidney disease. “Prior to a patient going on dialysis the phosphorous levels shoot up,” Chonchol said.

But his research has shown that long before phosphorous levels jump, FGF-23 levels have already increased, a finding that will allow doctors to intervene with drugs that can lower phosphorous that would then lower the hormone level.

“This has provided us a critical marker to look for, a marker that could save lives,” Chonchol said.

SourcesResearchers Find Hormone that Predicts Premature Death in Kidney Patients [University of Colorado School of Medicine]FGF-23 Associates with Death, Cardiovascular Events, and Initiation of Chronic Dialysis [Journal of the American Society of Nephrology] 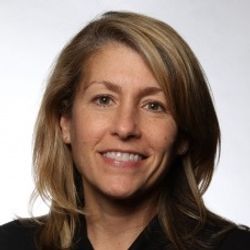 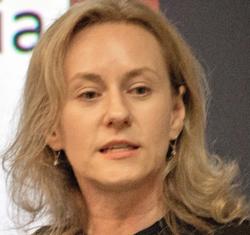