Q&A: How Can Clinicians Reduce Risk in Pregnant Women with Diabetes?

Women with diabetes are at a higher risk of a number of complications if they become pregnant, including preterm birth, low or high birth weights, stillbirth, and congenital anomalies.

Existing evidence has shown that lifestyle interventions can help reduce complications and improve outcomes in patients with diabetes, but whether the complications associated with pregnancy can be reversed is less well-understood. The problem is particularly troublesome in terms of type 2 diabetes (T2D), which is a growing problem in many parts of the world.

Helen R. Murphy, MD, of the University of East Anglia, and colleagues, recently completed a 5-year population-based cohort study of more than 15,000 pregnancies in the United Kingdom, Wales, and the Isle of Man that were completed between 2014 - 2018 and included in the UK’s National Pregnancy in Diabetes database.

HCPLive asked Murphy to discuss what her findings and what they say about the benefits of intervention.

Murphy: Yes, this is by far the largest contemporary study in diabetes pregnancy. Historically there have been some studies of 5,000 pregnancies in women with type 1 diabetes but usually over more than a 15-year time period (eg Sweden 1991-2003), so by the time they’re published these are already outdated. Our data are contemporary and very relevant to current clinical practice. In particular, no previous study has included large numbers of women with type 2 diabetes, which is a growing concern in women of reproductive years, especially those from disadvantaged or Black and minority ethnic groups.

There was an important impact of maternal pre-pregnancy BMI on glucose levels during pregnancy, so I think encouraging women to optimize their dietary intake and enter pregnancy with as near as possible to a healthy weight before pregnancy is a really important component of planning for pregnancy both in T1 and in T2D.

Should the emphasis be on making interventions prior to pregnancy, or can meaningful changes also be made during pregnancy?

During pregnancy, efforts can be made to limit excessive gestational weight gain, but it’s too late to ‘undo’ the effects of overweight/obese BMI at pregnancy entry.

Was there any particular finding that surprised you?

I was surprised about the impact of maternal weight in T1D. We already knew that maternal glycemia was important, but I wasn’t aware that early pregnancy BMI had such a strong impact on maternal glucose levels during pregnancy and thus also on pregnancy outcomes.

In T2D, I expected maternal obesity to have an impact, but was surprised at the impact of maternal glucose – which was far stronger than expected.

What are the key takeaways for clinicians?

The other key message is that changes are needed across all clinics in order to intensify glycemic management. In T1D that means the introduction of [continuous glucose management] for all pregnant women in all maternity clinics, and for T2D we have to get serious about pre-pregnancy diabetes prevention and weight management programs. 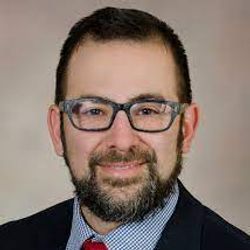