How Fast Can Dolutegravir Reduce HIV Viral Load in Semen?

With sexual activity being a leading cause of HIV infection, researchers from the Bellvitge Biomedical Research Institute (IDIBELL) in Barcelona, Spain aimed to find how dolutegravir impacts the risk of HIV transmission.

Dolutegravir (Tivicay) was first approved by the US Food and Drug Administration (FDA) in August 2013 to treat the human immunodeficiency virus (HIV). With sexual activity being a leading cause of HIV infection, researchers from the Bellvitge Biomedical Research Institute (IDIBELL) in Barcelona, Spain aimed to find how the drug impacts the risk of HIV transmission.

Not every patient with HIV responds to antiretroviral therapy (ART) in the same way. Customizing treatment is a key factor in acheiving an undetectable viral load. One option is dolutegravir, an integrase inhibitor taken orally once a day along with other antiretroviral medications. It works by interfering with HIV replication through its enzymes. In combination with other drugs, it’s proven to be safe and effective in treatment-naïve and treatment-experienced patients.

The IDIBELL team evaluated 15 men infected with HIV-1 who were treatment-naïve. They started on dolutegravir (50 mg) per day plus abacavir-lamivudine (600 mg-300 mg). Viral load was measured in the participants’ semen at days three, seven, and 14, as well as at weeks four, 12, and 24.

The findings showed that viral load fell significantly faster in blood than in semen during the first few days of treatment. However, viral load became undetectable in the semen faster than in the blood (<40 copies/mL; four weeks vs. 12 weeks). But the fall rate was more unpredictable in semen. This could be attributed to the fact that there are a greater number of viruses in the blood.

Notably, the relationship between drug concentration in semen and viral load was unclear.

“The concentration of dolutegravir in semen is more than enough to ensure viral load drop in this reservoir, because even though only 7% to 8% of the drug in the blood reaches the semen, the proportion of active drug is much higher than what the observed in blood. This was something that we did not know until now,” Daniel Podzamczer, MD, from IDIBELL’s Infections of the Respiratory Tract and in Immunocompromised Patients group, explained in a news release.

More research is needed on sexual transmission risk with dolutegravir, and HIV medications in general. But this study published in The Journal of Infectious Diseases affirms that the drug not only reduces that risk, but it does so quickly. 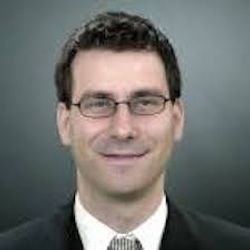