How to Keep Hepatitis Patients Coming for Treatment

Keeping patients coming back after they start hepatitis treatment requires interventions sometimes--but there are many low-tech tactics that work. 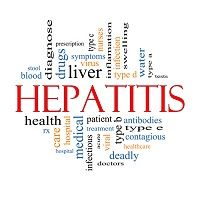 There are some simple, inexpensive ways to improve patient engagement and retention among those who have chronic viral hepatitis, according to a recent study funded by the World Health Organization and US Fulbright Program.

The study was conducted by Kali Zhou, MD, of the Department of Medicine, Division of Gastroenterology at the University of California in San Francisco, and colleagues, and was published in The Lancet Infectious Diseases.

The authors state, “The purpose of this review was to synthesise data on operational interventions for HBV and HCV testing, linkage to care, treatment uptake, adherence, and viral suppression or cure in adults.” They add that they combined HBV and HCV “because some interventions focus on both diseases and there are similar opportunities to improve service delivery.”

There were a total of 56 studies included, of which 38 were in regard to the care continuum in HCV, and three reported outcomes for both HBV and HCV.

“All defined stages of the HCV care continuum were represented by included studies,” say the authors, adding that 55 of 56 studies were conducted in high-income countries, 25 were random control trials.

“Our systematic review demonstrates that operational interventions can improve retention in the chronic viral hepatitis care continuum,” say the researchers. Some of the interventions include reminders for physicians to improve HCV testing and the integration of mental health service and substance abuse counseling for HCV patients.

There are several policy implications to the findings. For example, the researchers say, “the basic steps from testing to treatment are similar” for both HBV and HCV and so similarly structured programs could help in the population management for both diseases. The fact that many of the interventions identified in the study are inexpensive means that they could be implemented in areas where resources are scarce. Finally, the researchers note that many of the interventions are systems-based and do not require special equipment or technology, and they say, “are not dependent on higher-level government administration.”

The authors say the lack of higher quality studies is a problem, and urge future studies include random controlled trials. They conclude, saying the interventions identified in the present analysis, “might be useful to augment programs worldwide.”