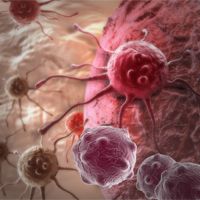 According to a new study published in Nature Communications, changes in glucose levels trigger the insulin production in the new cells and, when transplanted into mice models, the cells protect the animals from developing diabetes.

After adding another four molecules, the endoderm cells quickly divided, triggering a trillion-fold expansion. The endoderm cells were progressed into pancreatic precursor cells, and then into fully functional pancreatic beta cells, which allowed them to produce the insulin needed to protect the mice models from developing diabetes.

Additionally, the study shows significant advancements in cellular reprogramming technology, which would enable efficient spikes in pancreatic cell production and manufacture trillions of the target cells in a more controlled manner. This bodes well for further research in personalized cell therapy for diabetes patients.

Matthias Hebrok, PhD, director of the Diabetes Center at UCSF and the study’s co-senior author, remarked, “Our results demonstrate for the first time that human adult skin cells can be used to efficiently and rapidly generate functional pancreatic cells that behave similar to human beta cells. This finding opens up the opportunity for the analysis of patient-specific pancreatic beta cell properties and the optimization of cell therapy approaches.”

Saiyong Zhu, PhD, postdoctoral researcher, Gladstone Institute of Cardiovascular Disease, commented, “This final step was the most unique — and the most difficult- as molecules had not previously been identified that could take reprogrammed cells the final step to functional pancreatic cells in a dish.”