Data on humidity levels in 48 states for over 12 years were featured in the study. 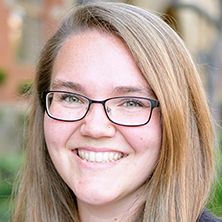 A new study from Los Angeles detailed the significance of humidity in the transmission of influenza, stating that the humidity thresholds that were identified as signaling outbreaks had a linear relationship with average annual humidity of the location.

The current study was informed by recent trends which utilized environmental factors such as humidity to inform influenza prediction models.

Additionally, previous studies had examined the impact of humidity on the magnitude and seasonality of influenza outbreaks.

Led by Emily Serman, MS, University of Southern California, a team of investigators intended to quantify the relationship between humidity and influenza incidence at the state-level across the United States.

The AIRS 1-degree by 1-degree grid cells were averaged for 48 contiguous states to generate state-specific Max Mixing Ratio (MMR). This was averaged together with ascending and descending humidity readings to produce a single measurement for each day before being aggregated to the weekly time scale over a period of 2003-2015.

The AIRS and GFT datasets for each of the 48 states included in the study were aggregated again to find the average humidity and influenza conditions by week of the year over the 2003-2015 time period.

Weekly averages were restricted to the period from week 36 to the peak average week for each state.

Regional differences in the extracted breakpoint values were tested using an ANOVA regression, and states were grouped according to the 9 climatological regions previously define by the National Centers for Environmental Information.

Finally, a Tukey Honest Significant Differences (HSD) test was used to determine which of the pairwise regional combinations had statistically significant differences.

Scatter plots of weekly humidity climatology versus the average weekly influenza incidence were created for each individual state.

Investigators noted that viewing state-level plots in this way revealed how the relationship varied over space by making similarities in the “shape” of the onset of seasonal outbreaks clear.

The team found that states in West and Northwest regions, including California, Nevada, Oregon, Washington, and Idaho, all had similarly steep increases in influenza cases at both higher and lower humidity values.

The “rounded”, less distinct breaks in the South and Southeast regions were also noted.

Investigators observed that Kansas appeared to have steeper and more distinct slopes that were similar to northern counterparts such as Missouri, Nebraska, and Iowa. States in the Southeast and Southern regions had generally higher breakpoint values, while Florida and Wyoming had the highest and lowest breakpoints.

“Results from this study improve our understanding of the significance of humidity in the transmission of influenza,” the team wrote. “They also reinforce the need for local and regional conditions to be considered in this relationship.”

The study, “Spatial Variation in Humidity and the Onset of Seasonal Influenza Across the Contiguous United States,” was published online in GeoHealth.