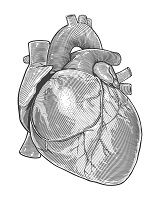 That’s the finding of a new study by researchers in Mount Sinai Hospital in New York. The team analyzed the clinical and economic outcomes in 4,316 patients with hyperglycemia after heart surgery, stratified by diabetes status.

“The management of post-operative hyperglycemia is controversial and generally does not take into account pre-existing diabetes,” wrote Giampaolo Greco, PhD, MPH, in an article published online in the January 29 issue of Diabetes Care. Greco is an Assistant Professor in the department of Population Health Science & Policy at Mount Sinai.

The team compared cost, length of stay, cardiac and respiratory complications, major infections, and death in patients undergoing cardiac surgery who had either no diabetes, insulin-treated diabetes, or non-insulin-treated type 2 diabetes. In addition, the patients, who were all enrolled in a multi-center cohort trial, had their glucose levels measured at 6-hour intervals for 2 days after surgery.

They found that patients who did not have diabetes had worse outcomes when they had elevated glucose levels after surgery. Having glucose levels greater than 180 mg/dL was associated Levels greater than 180 mg/dL were associated with an additional cost of $3,192, 0.8 days longer in the hospital, 1.6% increased infections, and 2.6% increased respiratory complications, similar to patients who already had non-insulin-treated type 2 diabetes with post-surgery hyperglycemia.

On the other hand, among patients with insulin-treated diabetes, the best outcomes actually came with blood glucose levels between 180 and 240 mg/dL. These outcomes were associated with $6,225 in cost reductions, 1.6 fewer days in the hospital, 4.1% fewer infections, and 12.5% fewer respiratory complications.

Patients with non-insulin treated diabetes had similar outcomes either way.

“These findings support further investigation of a stratified approach to the management of patients with stress-induced postoperative hyperglycemia based on prior diabetes status,” the researchers concluded.