Moderate-to-severe asthmatics typically hover around 5% sputum eosophinal, with non-asthmatics under 1%. After the study, the average participant in the fevipiprant group saw a reduction from 5.4% to about 1.1%. 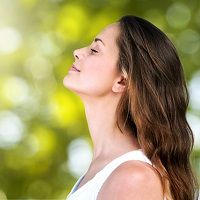 Describing the treatment as a potential “game changer,” researchers from the University of Leicester have brought back the first positive results from testing of a new asthma pill.

Funded by the National Institute for Health Research, the EU’s AirPROM program, and Novartis (the drug’s maker) the study was small, with 30 participants on the treatment (fevipiprant) and 31 on placebo. Following a 2 week single-blind placebo period for all 61 people, they were randomized and assigned, and after 12 weeks of double-blind administration, all were given a 6 week placebo “washout.”

A total of 7 patients left the program early, 3 from the fevipiprant group and 4 from the placebo, leaving a final study total of 54 patients. The study’s primary metric was sputum eosinophil count, a measurement of the white blood cells related to asthmatic inflammation. Moderate-to-severe asthmatics typically hover around 5%, with non-asthmatics under 1%. After the study, the average participant in the fevipiprant group saw a reduction in sputum eosophinal from 5.4% to about 1.1%.

Despite the study’s double-blind nature, at least one patient determined right away that she was not in the placebo group. Quoted in an accompanying press release, a 54 year old Englishwoman named Gaye Stokes said “I felt like a completely different person. I had more get up and go, I was less wheezy and for the first time in years I felt really, really well.”

No adverse events or, obviously, deaths were reported in the course of the study, and its positive outcome has spurred a great amount of optimism: “I can't wait for it to be available because I really think it could make a huge difference to me," Stokes also said.

AirPROM stands for “Airway Disease Predicting Outcomes through Patient Specific Computational Modelling,” a 5-year program that ran from 2011 to 2015, coordinated by the University of Leicester and funded, in part, by the European Union. The recent study was published in The Lancet Respiratory Medicine on August 5th.