An inaugural trial using â€œsmartâ€ pills that measured intestinal gases inside a patientâ€™s body showed favorable results and revealed ways in which fiber affects the gut. 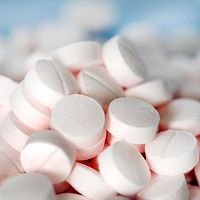 An inaugural trial using “smart” pills that measured intestinal gases inside a patient’s body showed favorable results and revealed ways in which fiber affects the gut.

Led by Kourosh Kalantar-zadeh, PhD, Centre for Advanced Electronics and Sensors, RMIT University, Australia, the study tested the smart pills in two different groups of pigs (they share similar digestive systems to humans). Each group was fed either a low-fiber or high-fiber diet.

The study results not only uncovered the amount of gas produced, but also the specific intestine in which it is stored:

· The ratio of methane gases and carbon dioxide remained the same in the large intestine for both diets, suggesting that neither diet would be helpful for people suffering from irritable bowel syndrome (IBS) diseases associated with excess methane concentration

· High-fiber diets produce more methane gas in the large intestine than the low-fiber diet, suggesting that painful gut gas retention could be avoided by cutting back on high-fiber food

“We found a low-fiber diet produced four times more hydrogen in the small intestine than a high-fiber diet. The smart pills allow us to identify precisely where the gases are produced and help us understand the microbial activity in these areas — it’s the first step in demolishing the myths of food effects on our body and replacing those myths with hard facts,” remarked Kalantar-zadeh in a news release.

According to Kalantar-zadeh, this technology could potentially allow researchers to create personalized diets or drugs to efficiently target the affected areas in the gut to improve prevention and management of digestive disorders and diseases.