Contrary to the previously published literature on cardiac function in asthma patients, Turkish researchers observed no diastolic dysfunction in a group of 50 asthmatic children evaluated in a recent echocardiographic study, even with tissue Doppler imaging. 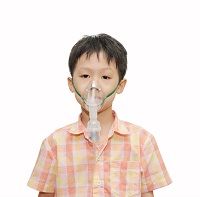 Cardiac dysfunction in asthmatic children may result from chronic hypoxia or increased intrathoracic pressure due to exaggerated respiratory effort. Either factor may produce pulmonary hypertension that can result in right ventricular (RV) hypertrophy or dilatation or both, which lead to systolic and diastolic dysfunction.

To better characterize cardiac function in asthmatic children, researchers at Bozok University, Yozgat, Turkey added tissue Doppler imaging to conventional echocardiography to evaluate cardiac function in 50 pediatric asthma patients and compare it with cardiac function in 40 healthy control subjects. All patients in the study had moderate bronchial asthma and were regular users of an inhaled corticosteroid. Results of the study were published in a recent issue of BMC Cardiovascular Disorders.

The researchers found that the following variables were lower in patients than in controls:

In contrast, they found that mitral valve ejection time (ET) was higher in patients than in controls (P = 0.027), and pulmonary function testing showed that forced expiratory volume in 1 second was positively correlated with mitral valve ET.

As in previous studies by others, these researchers found no statistically significant differences between asthmatic children and controls in heart rate and systolic and diastolic blood pressure.

In some previous studies, right ventricular systolic and diastolic function were impaired even in mildly asthmatic children. However, although the researchers found impairment of systolic function in the asthmatic children in this study, they were unable to support a diagnosis of diastolic dysfunction in these children even with tissue Doppler imaging. They attributed this finding to the use of an inhaled corticosteroid, which exerts a strong anti-inflammatory effect on airways and was found to have protective effects on cardiac function in asthma patients in some studies.

In an earlier study of inhaled corticosteroid users, the researchers found a decrease in arterial stiffness, which they attributed to the vasodilation-promoting effect of inhibited nitric oxide synthesis. However, they noted that, despite the cardioprotective effect exerted by corticosteroids, systolic function was still impaired in the asthmatic children they evaluated echocardiographically in the current study.