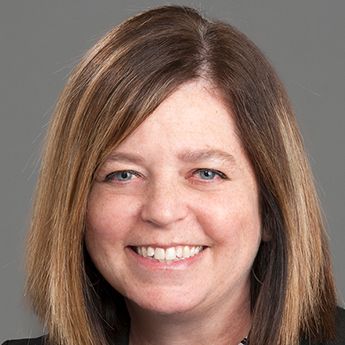 A new investigation into the clinical implications of halting mepolizumab treatment for severe eosinophilic asthma found that patients who stopped treatment had an increase in exacerbations and reduced asthma control.

In prior studies, the long-term efficacy and safety of the monoclonal antibody for severe eosinophilic asthma were well established.

A previous 12-month observational study suggested that patients who stopped mepolizumab 750 mg intravenous treatment after 1 year had increased blood eosinophil counts to pre-treatment levels and a return to an exacerbating phenotype. However, no data existed on the impact of stopping licensed 100 mg mepolizumab doses in adults and adolescents.

The COMET study was a global, multi-center, parallel-group study that compared the stopping and continuation of long-term mepolizumab treatment in this patient population.

Patients with severe eosinophilic asthma were eligible for enrollment in the study if they had completed 1 of the previous open-label studies COLUMBA or COSMEX. Patients were also required to have completed and received continuous mepolizumab treatment and remained adherent on asthma controller medication or therapy throughout the studies.

Between January 2016 and November 2017, Moore and colleagues enrolled a total of 306 patients.

Following a screening period, patients with less than 3 years of mepolizumab treatment entered part A of the study, a variable open-label run-in period of 0–132 weeks designed to ensure all patients had received continuous mepolizumab 100 mg for 3 or more years.

The patients would then enter a fixed open-label run-in of 4-8 weeks (part B), in which open-label mepolizumab 100 mg was administered every 4 weeks.

The primary endpoint was time to the first clinically significant exacerbation during part C.

Secondary endpoints were time to the first exacerbation requiring hospitalization or emergency department (ED) visit, time to a decrease in asthma control defined as an increase from baseline in Asthma Control Questionnaire (ACQ)-5 score of ⩾0.5 units [15], and ratio to baseline in blood eosinophil count at weeks 12, 24, 36 and 52.

Of the 306 patients who participated in the study, 151 had stopped mepolizumab treatment while 144 patients continued treatment.

Additionally, higher blood eosinophil counts at week 52 were observed in patients who had stopped mepolizumab treatment, and differences in efficacy outcomes between the 2 groups were observed as early as week 12 of the study, 16 weeks after the last dose of mepolizumab.

The safety profile was consistent with other eosinophilic asthma populations for patients who stopped treatment.

“These results support continued mepolizumab treatment having sustained clinical benefits in patients with severe eosinophilic asthma and further support that blood eosinophils are a suitable biomarker for treatment response to mepolizumab,” the team wrote.