Getting a flu vaccination should be one of the most important items on everyone's holiday to-do list, says the CDC.

Although only one state—Georgia—is reporting regional influenza activity this season, the CDC is still urging people to seek flu vaccinations.

“We don't want people to be complaisant because disease activity has been low so far this year. Flu is coming,” said Anne Schuchat, MD, director of the CDC's National Center for Immunization and Respiratory Diseases, during a news conference held Dec. 3 to promote National Influenza Vaccination Week, which ends tomorrow.

Manufacturers have already distributed more than 160 million doses of flu vaccine, the most ever distributed during a single season in the US, she said, urging individuals to take advantage of the ample supply.

"Large increases in flu illnesses often occur after the holidays," she said. "So this is the time to take action. Getting vaccinated is the first and best way to prevent flu, and this year, vaccine supply is plentiful. It's best to get vaccinated before disease is widespread, and, in most years, flu is most intense between January and March."

According to Schuchat, a mix of influenza A (H3N2) and (H1N1) and influenza A and B strains that have not yet been characterized are circulating this season. Preliminary data indicate the majority of the B viruses circulating in Georgia are related to the B virus included in the 2010-11 flu vaccine, which also includes (H1N1) and (H3N2).

"This season's vaccine is a good match for the three main strains that we're seeing," she said.

The CDC's Advisory Committee on Immunization Practices (ACIP) voted earlier this year to expand the recommendation for annual influenza vaccination to include all people ages 6 months and older in whom the vaccine is not contraindicated.

Results of a CDC telephone survey of more than 47,000 Americans showed that, as of the second week in November, 33% of respondents had received the vaccine, said Schuchat. In addition, 15% of those surveyed said they definitely will receive the vaccine, and another 25% said they probably will be vaccinated.

The agency also conducted online surveys of two high-risk groups—health care workers and pregnant women—for whom flu vaccination specifically is recommended. As of mid-November, 56% of health care workers surveyed said they had received the vaccine, and 7% said they intended to do so.

Several health care organizations—the American Academy of Pediatrics, the Infectious Diseases Society of America, the American College of Physicians, the Association for Professionals in Infection Control and Epidemiology, and the National Foundation for Patient Safety—have called for mandatory influenza vaccinations for health care workers to protect both patients and the health care workforce.

Of 1,400 pregnant women surveyed by the CDC, 45% said they already had been vaccinated, and 4% said they intended to receive the vaccine before their due dates.

The AAFP recently joined several other health care professional organizations in urging their respective members to immunize their pregnant and postpartum patients against influenza.

Medical locations remain the most common place for people to receive the flu vaccine, with 63% of the CDC's survey respondents indicating they were vaccinated at a physician's office, hospital or clinic. Eighteen percent of respondents said they received the vaccine at work or at school. Retail stores, including pharmacies, accounted for 16% of flu vaccinations. 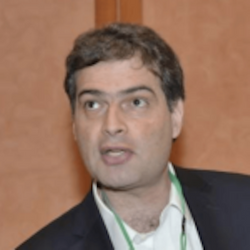