Precision Medicine in the Treatment of Severe Asthma - Episode 17

This is part of the MD Magazine® Peer Exchange, “Precision Medicine in the Treatment of Severe Asthma.”Click here for Segment 18 and hear key insight on the management of asthma.

Peter Salgo, MD: Let’s take a big step back. These are all brand-new drugs. Some of them will make it. The vast majority of drugs in the pipeline don’t, but some of them are really promising. Some are out there doing stuff in other diseases, and it looks like they have real promise here. Let’s look at 5 years from now. Look forward. How do you see the treatment of severe, persistent, nonallergic asthma evolving? What’s it going to look like 5 years from now?

Raffi Tachdjian, MD: Five years is not too far down the road. I think about microarrays—basically ChIP analysis.

Raffi Tachdjian, MD: Essentially, you’re running multiple types of tests that really come down to single polymorphisms. Even within certain receptors, there are polymorphisms that make one person who’s got this receptor defect behave differently from someone else. That’s where I think the Holy Grail of corticosteroid-resistant asthma lies. Phenotypically, we look at this as a neutrophilic type of person. We know that it’s a spectrum between asthma and COPD [chronic obstructive pulmonary disease]—this whole overlap syndrome that we’re going to finally crack. You come in with this type of profile. At best, right now, we might have scores in our minds that may not be validated to say, “All right, you would be an eosinophil count of this, and FeNO of that, and IgE [immunoglobulin E] count of that. I think your best suited for product A.” When, in fact, it’s going to be quite more targeted beyond endotype.

Neal Jain, MD: I think there are some really neat things happening. Five years from now, we may not have the answer. But we’re going to be getting closer. There are some data. There’s a multicenter, national sort of trial that’s going to be taking way called PrecISE. We’re collaborating with some of the people in my backyard to say, “OK, let’s take all these people who have severe asthma. Let’s get genomics on them. Let’s get proteomics on them. Let’s get every biomarker that we know about on them. And then, one by one, let’s try each of these therapies in those individuals. If they fail one, they go to the next. Let’s see whether we can identify who’s going to respond to one or the other based on these things.” I think that as we get closer to inexpensive genotyping, we’re going to have biomarkers that are far more precise in identifying who’s going to respond to one drug or another.

Peter Salgo, MD: You know, human beings are complicated. Biology is complicated. It always used to be said that you’ll never get a precise answer in biology. What I’m hearing from you guys is, “Yes you can. We can really get there.”

Peter Salgo, MD: We’re not at the medical tricorder yet, but we’re getting close.

David Rosenstreich, MD: The problem with asthma—there are at least 40 or more genes that I’m aware of. And so it’s not going to be like cancer, where there’s 1 gene defect. It’s going to take a while.

Neal Jain, MD: I would echo that is this all 1 big spectrum, at least for the T2-high cases. Exposures and therapies are influencing how those genes are being expressed and methylated, etcetera. It’s exciting, but I still think we have some job security ahead of us.

Precision Medicine in the Treatment of Severe AsthmaAsthmaAllergy 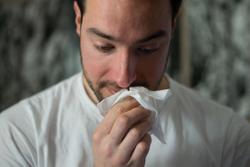