This compound, part of a portfolio of other optimized bio-manufactured compounds, was created to “harness the interactions” between the microbiome and the immune system to prevent or treat certain gastro-intestinal (GI) conditions.

According to the study, specifically using HOST- G904 did not trigger sustained, gas-related abdominal symptoms that are usually byproducts of using prebiotics to manage symptoms of gut disorders like irritable bowel syndrome (IBS) and inflammatory bowel disease (IBD).

The study conducted at the University Hospital, Vall d’Hebron Barcelona, included 26 healthy volunteers who did not exhibit any GI symptoms or history of GI disorders. They were also not required to alter their diets during the 3-week treatment. For the study, 20 patients were included in the main assessment, and six were assigned to the control group.

The 20 main participants were administered HOST-G904 (2.8g/day) for three weeks while following their typical diet. In the evaluation period three days prior, the participants followed a standardized low-fiber diet with one portion of high-fiber foods, so investigators could measure the following:

“HOST-G904 is designed to optimize the gut microbiome and support the immune system’s defenses against certain diseases, and may offer new hope for patients impacted by IBS, IBD, and other gut disorders. Based on these positive results, HOST Therabiomics will further analyze this compound in a Phase 2b study,” Graham Water, CEO, HOST Therabiomics, explained in a news release.

Fernando Azpiroz, MD, PhD, Chief of the Department of Digestive Diseases at the University Hospital Vall d’Hebron, Autonomous University of Barcelona, Spain, concluded, “While low FODMAP diets can be effective for people with IBS and other GI disorders, they are extremely rigid to follow and have been criticized in recent years for negatively impacting the microbiome.”

The study, “Metabolic adaptation of colonic microbiota to galactooligosaccharides: a proof-of-concept-study,” was published in the journal Alimentary Pharmacology & Therapeutics. 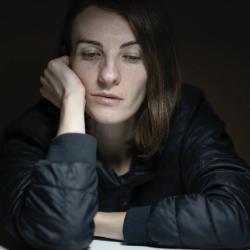