The NMDA receptor, in combination with rehabilitation, may serve as a powerful agent for reducing relapse rates. 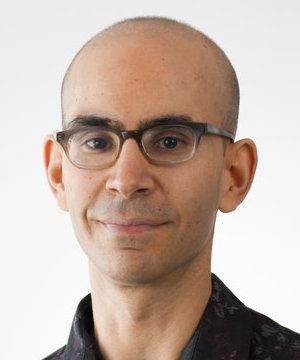 The new findings from a randomized clinical trial show just a single infusion of the highly potent—yet controversial&mdash;NMDA receptor agonist is associated with significant patient improvements in cocaine abstinence at the trial’s end.

Investigators—led by Elias Dakwar, MD, assistant professor of Clinical Psychiatry at the Columbia College of Physicians and Surgeons&mdash;sought to better evidence the suggestion that concentrated doses of ketamine may help reduce vulnerabilities associated with cocaine use, and improve the likelihood of relapse prevention in rehabilitating patients.

To test this, the team randomly assigned 55 cocaine-dependent individuals to either 40-minute intravenous ketamine .5 mg/kg infusion or midazolam (control). Individuals were given a five-day inpatient stay, which included the start of a five-week course of mindfulness-based relapse prevention.

They sought primary outcomes of end-of-study abstinence and time to relapse—as per first use or study dropout&mdash;while assessing for cocaine use through patient self-reporting and urine toxicology.

At study’s end, 48.2% of individuals treated with ketamine maintained their abstinence from cocaine over the final 2 weeks of trial, versus just 10.7% in the control group. Combined with mindfulness-based relapse prevention, ketamine was associated with a 53% reduction in relapse versus midazolam (HR .47; 95% CI: .24 — .92).

Metrics for patient ‘craving’ were 58.1% lower in the ketamine-treated group throughout the trial (95% CI: 18.6 — 78.6), and infusions were well-tolerated; no patients were removed from the study due to adverse events.

Confirming the relapse and craving reduction findings were statistically significant, investigators concluded the single dose of ketamine infusion was association with the promotion of abstinence in cocaine-dependent individuals. The findings could serve as fodder for the rhetoric surrounding ketamine’s potential indications.

In an interview with MD Magazine®, Dan Iosifescu, MD, associate professor of Psychiatry at NYU School of Medicine, explained that ketamine’s observed “short-term boost,” primarily in depressed patients, means it could complement treatments that require the patient to participate—such as psychotherapy or this newest trial’s thoughtfulness program.

He anticipates that, aside from esketamine nasal spray’s indication for treatment-resistant depression, the drug could have benefits in psychiatric fields including post-traumatic stress disorder (PTSD), obsessive-compulsive disorder (OCD), and bipolar depression.

“But the data is more sparse in those indications than in treatment-resistant depression,” Iosifescu explained.

Echoing both his optimism and acceptance of currently available data, Dakwar and colleagues called for further research among larger samples to replicate their findings.

The study, “A Single Ketamine Infusion Combined With Mindfulness-Based Behavioral Modification to Treat Cocaine Dependence: A Randomized Clinical Trial,” was published online in the American Journal of Psychiatry.