Approximately 20% of women develop leiomyomas during their childbearing years. When these uterine fibroids cause excessive bleeding, pelvic pain, cramping, or painful intercourse, surgery is indicated. Hysterectomy is an appropriate choice for women who are done with childbearing, but some women may have childbearing plans for the future. For these women, myomectomy is an option. However, hemorrhage is a common complication during myomectomy. A new study appears in the Archives of Gynecology and Obstetrics indicating that single dose of misoprostol may reduce hemorrhage during myomectomy.

The researchers randomized 80 women with myomas to receive 200 mcg misoprostol or placebo (vitamin B6) 3 hours before surgery. All participants were candidates for laparotomic myomectomy, and all inserted the study drug/placebo themselves. The researchers monitored blood loss during surgery, postoperative blood transfusion hemoglobin level at baseline, 6 hours, and 12 hours after surgery.

Patients in the control group experienced significantly longer mean duration of surgery—127 minutes compared to 106 minutes in the misoprostol group—and higher mean estimated blood loss. Nine (22.5%) patients this group required blood transfusion because their hemoglobin levels fell to less than 7 or they lost more than 2000 mL of blood.

Previous studies have looked at misoprostol as an intervention to reduce bleeding during gynecologic surgeries, but those studies examined hysterectomy or used a rectal administration route.

The researchers propose that misoprostol increases myometrial contractions, contracting the vessels that supply blood to leiomyomas. It also may decrease hemorrhage by influencing uterine artery during myomectomy. They conclude that a single vaginal dose of misoprostol may be a cost effective alternative to GnRH agonists or vasopressin to reduce hemorrhage during myomectomy. 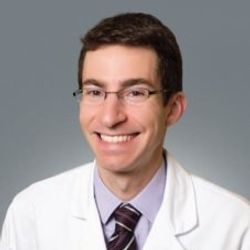