Nearly 70% of parents aren't keeping opioids latched or locked away.

Some blame the opioid epidemic entirely on physicians who overprescribe the drugs, but that’s not the reality. Parents may be playing a role as well by not locking up painkillers.

More than 300 children up to age 19 present to the emergency department every day for poisonings in the United States—and the toxins that bring them there include prescription drugs, according to the US Centers for Disease Control and Prevention (CDC). Researchers from the Johns Hopkins Bloomberg School of Public Health (JHSPH) found an astonishing number of homes with children where dangerous medications are stored hazardously.

The team conducted a national survey to find out where adults typically store opioids. A total of 681 participants who used the prescription painkillers within the past year as well as had children ages 17 and younger in the home were included in the cohort. The online survey was filled out between February 24 and March 16, 2015.

When the researchers examined participants’ attitudes that are thought to be connected to medication storage habits, they found that 73% believe children can overdose on opioids more easily than adults. Despite that, only 13% of the cohort “worry” that their kids can access the prescription painkillers. Parents with older kids were significantly less likely to worry that their children could get to the medications.

Parents with older kids do need to worry though. McDonald explained, “We know that teens who use these drugs recreationally frequently get them from homes where they are easily accessible, increasing their risk for addiction and overdose.”

This research presents the opportunity for parents to take a step back and rethink where they store medications—prescription or not. But it also opens the door for physicians, including pediatricians, to discuss opioid risks and storage with patients and their parents.

“We need new packaging, such as tamper-resistant personalized pill dispensers, to make it easier for parents to keep these potentially dangerous medications inaccessible to older children,” Gielen continued. “In the meantime, parents should keep their medications locked away and dispose of any leftover pills promptly and safely.”

The study, “Safe Storage of Opioid Pain Relievers Among Adults Living in Households With Children,” was published in Pediatrics. The news release was provided by JHSPH.

AMA to Insurers: Drop Prior Approval for Opioid Treatment

Telemedicine Can Successfully Help More Patients with Opioid Use Disorder 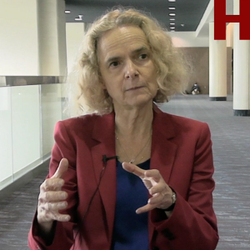