Researchers in Italy found that some patients who are successfully treated for the hepatitis C virus tend to live as long as others in the general population not infected with the disease. 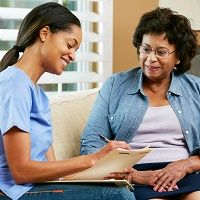 Researchers in Italy found that some patients who are successfully treated for the hepatitis C virus tend to live as long as others in the general population not infected with the disease.

The study focused on patients with compensated hepatitis C-related cirrhosis who were treated for the virus with interferon-based therapy. Results were published in the Journal of Hepatology.

Decompensation and hepatocellular carcinoma liver disorders are the main cause of death and liver transplantation among people in western countries with long term infection of the hepatitis C virus, according to a news release that accompanied publication of the study. International guidelines for treatment of the virus grant highest priority for new direct-acting antiviral drug treatments to people who have already developed cirrhosis.

The researchers noted in the article that the priority recommendation stems from favorable outcomes of people with cirrhosis who obtained sustained virologic response after being treated with interferon-based therapies. However, there is discussion as to whether the evidence is robust enough to support that position, said the authors.

"The improved prognosis for patients who had a sustained virologic response has only been documented up to now by comparing patients who had such a response to interferon-based therapies with similar patients who were unsuccessfully treated, raising concerns about the real value of SVR as a reliable marker of disease outcome," lead investigator Savino Bruno, MD, of the Humanitas University and IRCCS Istituto Clinico Humanitas, Rozzano, Italy, stated in the news release.

A patient is generally considered cured of hepatitis C if he or she undergoes treatment and achieves sustained virologic response, an indication that the virus is no longer detected in the blood.

To further investigate the survival benefits of reaching SVR, researchers looked at prospective surveillance data from tertiary liver centers of three independent cohorts of Italian patients who had compensated hepatitis C virus-related cirrhosis. They compared patients who achieved SVR after being treated with interferon-based therapy with non-SVR treated and untreated patients.

Out of roughly 1,800 patients who had hepatitis C-related cirrhosis, 795 were given interferon-based antiviral drugs and 181 achieved SVR, the news release stated. Of those who achieved SVR, the survival rate was slightly above 90% at the 10-year mark and 63% at 20 years, similar to that of the sex-and age-matched general population, according to the article.

"These results confirm that patients who respond well to interferon-based therapies have a similar life expectancy to the general population, and suggest that treatment should be given as early as possible to patients with compensated HCV cirrhosis in order to achieve the highest benefit," Bruno said in the release.

"Availability of interferon-free new direct antiviral agents (DAA) regimens will allow even sicker patients and those ineligible for interferon to achieve SVR, a major advance given that the mortality rate of these patients is extremely high in comparison to the general population. However, the overall impact of SVR needs to be assessed in further dedicated studies," Bruno concluded.