Peter Lio, MD talks about the promise and risks of cannabinoids as potential treatment for itch.

Cannabinoids are among the many alternative therapies to the management of itch.

“We know there are cannabinoid receptors in the skin on the adipocytes, but also on the nerve endings,” said Peter Lio, MD, Clinical Assistant Professor of Dermatology & Pediatrics, Northwestern University Feinberg School of Medicine, in the latest episode of Derm Discussions.

“It really does make sense that you modulate a number of things by using cannabinoids,” he continued.

He noted that palmitoylethanolamide, or PEA, has long been used and shown to help with relief of itch and discomfort caused by atopic dermatitis. The cannabinoid cognate is available over-the-counter in moisturizers.

Additionally, promising data indicates that topical cannabidiol (CBD) can have an effect on inflammation and itch. Lio nonetheless offered words of caution on it.

“The big thing I’ll say, that I always tell my patients too, is because it’s not regulated, you don’t know what you’re getting,” he said. “So that makes me just a little bit nervous that a company can say it’s in there and it’s not in there.”

He expressed a bit of skepticism when it comes to trusting companies' statements regarding the make-up of their CBD products. As such, it becomes necessary for dermatologists to help patients navigate this treatment option if it becomes relevant.

Listen to the full podcast episode below: 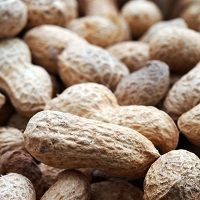