Studies have long questioned the impact add-on therapy omalizumab (Xolair/Novartis) had on patients with uncontrolled, severe allergic asthma who didn’t respond to corticosteroids.

To determine if sustained, long-term use of omalizumab treatment was safe for patients, researchers with the Birmingham Regional Severe Asthma Service department at Birmingham Heartland Hospital in Birmingham, United Kingdom and with Novartis Pharma Corporation in Basel, Switzerland, led by Adel H Mansur, PhD, FRCP, have conducted a registry and case-note review analyzing the effects of the add-on therapy omalizumab.

The study determined that the drug could be administered safely for long-term use, and that longer-term omalizumab therapy may significantly improve outcomes in patients with severe allergic asthma.

Omalizumab is a monoclonal antibody that binds to immunoglobulin E, reducing its ability to trigger inflammatory cells, which cause allergic symptoms. Real-life outcomes of omalizumab in clinical studies have been proven to reduce the need for corticosteroids and, according to Mansur, improve "asthma-related quality-of-life" for patients with severe allergic asthma.

Mansur and colleagues collected data from the Birmingham Regional Severe Asthma Service including "registry of hospitalizations, exacerbations, corticosteroid sparing, asthma control, lung function, biomarkers and side effects" from 45 patients. They were diagnosed with severe, difficult to treat asthma, and had been on a omalizumab treatment regimen of "150-600 mg every 2 or 4 weeks for longer than 23 months" were included in analysis.

The patients’ data was collected in the clinic and during an average five-year follow up. The study yielded significant data on the positive effects of long-term omalizumab use. Overall, there was a "reduction in the annual acute asthma related hospital admissions from 207 at baseline to 40 on treatment." The significant 80.7% reduction resulted in a significant reduction in missed school and workdays in 17 of the 19 patients who attended school/work.

The data also revealed a 76.7% reduction in daily mean maintenances in the form of oral corticosteroid use by patients. Mansur reports that 41.9% of the patients had been weaned off of OCS treatment completely following long-term use of omalizumab, and that there was an overall "49% reduction in the mean number of steroid courses per patient per annum" helping patients avoid the sometimes-severe side effects of long-term steroid use.

The data also showed clinically significant improvement in all patients in terms of asthma control as recorded via the asthma control questionnaire (ACQ). Mansur reports that the "mean ACQ7 scores improved" by 42.5%. Lung function (in the form of FEV1 ratio) improved for all patients from an average of 59.2% at baseline to 75.7% on treatment. Biomarkers for FeNo (exhaled nitric oxide) and PBE (peripheral blood eosinophil) also fell from high to more beneficial levels.

Overall Mansur reported that "good clinical response to omalizumab treatment was observed in 82% of patients" and that long-term use could help to replace long-term corticosteroid use and improve quality of life and functionality for patients with severe allergic asthma.

The commonly reported side effects of omalizumab were headaches and rashes after injection that was not severe enough for them to end omalizumab treatment.

Mansur and fellow researchers suggested that further studies would investigate "the predictors of response to omalizumab treatment, its long-term cost-effectiveness and safety, and the optimum duration of the treatment.

The article "Longterm Clinical Outcomes of Omalizumab Therapy in Severe Allergic Asthma: Study of Efficacy and Safety" appears in the March 2017 issue of Respiratory Medicine. 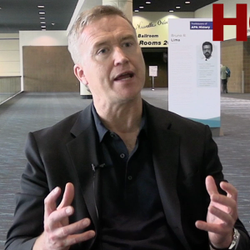