Looking at the Microbiota to Improve Intestinal Transplantation Results

Intestinal transplantation can be the last resort for patients suffering from intestinal failure or other difficult conditions. Finding ways to make the procedure more effective can help more patients return to a higher quality of life. 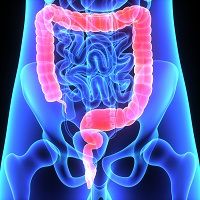 Intestinal transplantation (ITx) —the last resort for patients who have intestinal failure who cannot tolerate or have irreversible complications from total parenteral nutrition&mdash;has evolved in the past decade. Better organ preservation, surgical technique, immunosuppression, and postoperative management have advanced the procedure and made it a viable choice for more patients.

The usual process involves surgically removing the small intestine and other diseased organs (eg. the liver), and replacing them with donor organs. After a blood supply is established, the surgeon performs an ileostomy.

One prior barrier for patient’s receiving intestinal transplantation is that the small bowel is highly immunogenic. Allograft rejection—a common problem that influences patient survival&mdash;is best addressed early and aggressively. Treatment delays have been associated with severe exfoliative allograft rejection and death.

The journal Current Opinions in Transplantation has published a review ahead-of-print that discusses the significance of interactions between intestinal microbiota and host immune responses. It also examines how gut microbiome may be involved in allograft rejection.

The interplay between the microbiota and host immune responses is complex. These investigators in this study from Georgetown University Hospital have studied gut microbiota and ITx for several years. They were the first to determine that facultative anaerobes (eg. lactobacilli and enterobacteria) predominate in the transplanted intestine before ileostomy closure. After closure, strict anaerobes (eg. Clostridium and Bacteroides) predominate. This microbial shift after ileostomy take-down appears to be destabilizing in postclosure patients.

Recent findings indicate that Paneth cells produce antimicrobial peptides that control the intestinal host-microbial interface and contribute to antimicrobial host defenses. The investigators call this “crosstalk between the microbiome and innate and adaptive host immunity,” and indicate it influences alloimmune responses and outcomes in intestinal transplantation. It is similar to that seen in irritable bowel disease (IBD).

These investigators propose that ITx rejection is possibly a different type of IBD.

This field is emerging, and holds promise. Better understanding of the microbiome in the peri-operative period could lead to better therapeutic approaches.