Ineligible patients with schizophrenia have a higher risk of hospitalization for a number of reasons, including suicide attempts. 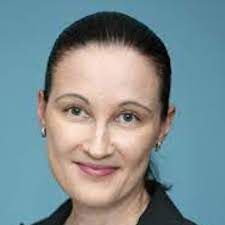 Randomized controlled trials (RCT) may not truly be representative of the patient population of individuals with schizophrenia, according to new research.

A team, led by Heidi Taipale, PhD, quantified the proportion of real-world individuals with schizophrenia spectrum disorders who would be ineligible to participate in randomized controlled trial and identified whether clinical outcomes differ between eligible and ineligible participants.

The majority of research on antipsychotics for patients with schizophrenia spectrum disorders generally rely on randomized clinical trials. However, this type of study design represents only a portion of the population and could result in an efficacy-effectiveness gap.

To better understand how patient eligibility impacts results, the investigators applied eligibility criteria that is typically used in trials for relapse prevention in patients with schizophrenia to real-world populations.

They identified patients with schizophrenia recorded in national patient registries in Finland and Sweden and selected patients who used antipsychotics continuously for 12 weeks in outpatient care.

Each participant was followed for up to 1 year while receiving maintenance therapy with any second-generation antipsychotic other than clozapine.

The team sought main outcomes of the proportion of randomized controlled trial ineligible individuals with schizophrenia owing to any and specific trial exclusion criteria. They also compared the risk of hospitalization because of psychosis within 1-year of follow-up in both cohorts of patients.

The most common explanation for exclusion was a serious somatic comorbidities and concomitant antidepressant/mood stabilizer use.

The largest risks of hospitalization because of psychosis were found in ineligible individuals owing to treatment resistance, tardive dyskinesia, and history of suicide attempts.

The investigators also said with more ineligibility criteria met, larger risks of hospitalization due to psychosis were identified in both Sweden and Finland.

The study, “Representation and Outcomes of Individuals With Schizophrenia Seen in Everyday Practice Who Are Ineligible for Randomized Clinical Trials,” was published online in JAMA Psychiatry.