Malnutrition: A Challenge in Elderly Patients

Simon D. Murray, MD: After you’ve identified somebody who has malnutrition or is at risk for it, there’s certainly a role for a nutritionist. Doctors, or most doctors I know can’t do it, or don’t know how to do it, and haven’t been trained to do it. Is this a covered service for the elderly, in general?

Jane Schwartz, RDN: Unfortunately, Medicare, right now, only covers someone who has diabetes or kidney disease. And so, a lot of times people slip through the cracks, unless they’re able to pay for services, because it’s not covered by Medicare, which is unfortunate. I have insurance for many other companies and it’s fabulous, but not for Medicare.

Simon D. Murray, MD: Not for Medicare. I think the Affordable Care Act sought to address some of that, but I don’t think it really went far enough.

Simon D. Murray, MD: I also think that one of our problems is that we don’t have a good social network for people at home to follow up. I think we have to invest more in the social services for people, and nutritionists going into the home, and physical therapists going into the home to check on people who are elderly. I’ve made a lot of house calls. This was one of the most eye-opening things that I did in my practice, was to make house calls and see how people lived. It was shocking.

Simon D. Murray, MD: It’s shocking. I knew people who were millionaires who ate cereal twice a day for meals, and that’s all they’d eat. So it’s an eye-opener.

Jane Schwartz, RDN: It is. I did work for the Visiting Nurse Association many years ago. We would do some home visits, and it was helpful to be in the house to see exactly what was in someone’s cabinet and to try to share with them what might be better options. But a lot of times, it’s just phone calls now. You don’t really see what’s going on. It’s hard to communicate with some people over the phone, so it’s not that effective.

Jane Schwartz, RDN: I definitely believe it can be affected by altering. Not 100%, but there are many studies now showing that Mediterranean diets, and things where you’re reducing certain components of the diet, like inflammatory foods like a lot of sugar or processed foods, and bringing in healthier foods such as plant-based foods and a lot of healthy fats, are helping with dementia prevention.

Simon D. Murray, MD: The doctor I spoke to also said that what we consider to be a normal aging process may not be the result of aging itself, but may be the result of our lifestyles. Years ago, we lived into our 20s, and 40s, and 60s. Now we’re living into the 70s and 80s. But maybe if we knew enough about some of these issues and followed them, we could live into our 100s.

Jane Schwartz, RDN: Have you heard the Blue Zone diet?

Jane Schwartz, RDN: He [Blue Zones founder Dan Buettner] traveled all over the world, to different pockets of populations that had the longest lives. What was discovered was that certain eating patterns were more likely to help people live into their 90s and 100s, and live well. We don’t want to necessarily live long if we’re going to be sick and not be feeling well. But these were really vibrant elderly populations. And the nutrition piece was absolutely one of them, more of a plant-based diet, and exercise, and social activity…it all kind of came together. 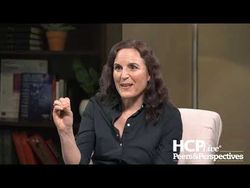 Polypharmacy and Nutrition in Elderly Patients 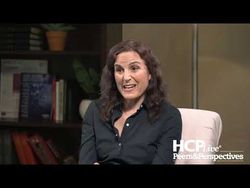 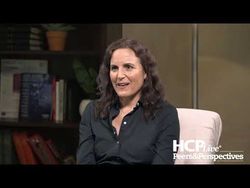 Long-Term Effectiveness of Adalimumab Reported in Patients with Noninfectious Uveitis