Managing Food Allergies and Anaphylaxis in Adolescents and Infants

The EpiPen4Schools program survey found 1140 anaphylactic reactions were reported from 2013 to 2014. No treatment was given in 2% of anaphylaxis. 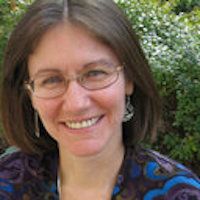 Peanut allergies are the most common cause of food-related fatal or near-fatal allergic reactions and are on the rise worldwide. Allergies are most prevalent in the adolescent population, while infants present as a particularly special consideration in the management of food allergies.

The special needs for attending to these 2 populations were addressed at the 2018 American Academy of Allergy, Asthma & Immunology (AAAAI)/World Allergy Organization (WAO) Joint Congress, in Orlando, Florida. Kim Mudd, RN, Senior Research Nurse/Program Coordinator at Johns Hopkins University presented an overview of the food allergy with anaphylaxis problem in adolescents.

Mudd highlighted the Melbourne, Australia-based SchoolNuts study, which revealed a 4.5% prevalence of food allergies in 10- to 14-year-old children, where the primary food allergies observed were peanut, tree nut, and eggs. Forty-four percent reported a reaction within the past 12 months, and 10% of these had anaphylactic characteristics. Only 43% confirmed anaphylaxis reactions were treated with epinephrine.

Mudd emphasized how big of a problem that rate is.

She reviewed the EpiPen4Schools program survey, which examined 6574 US schools and found 1140 anaphylactic reactions were reported from 2013 to 2014. While epinephrine was administered in 76% of anaphylactic events, no treatment was given in 2% of anaphylaxis.

The study revealed that 40% of food-induced fatalities never obtained epinephrine during the event, and only half of them had the epinephrine available to them at the time.

Examination of pediatric populations from the Yale-New Haven Children’s Hospital from 2008 to 2010 revealed a low level of epinephrine administration. Moreover, the mean arrival time for emergency management services is 28 minutes, while the median time from food-related cardiac arrest is 30 minute.

Mudd stressed that there is an amazing number of anaphylactic reactions that are not treated with epinephrine. Schools must be sure to have epinephrine available and to have proper training in the administration of auto-inject EpiPens. Most epinephrine administrations occur at the home. Every member of the patient’s family should be trained, ready for an event, and a step-by-step guide should be easily accessible too.

Food allergy adolescents should understand that leaving the house without your small EpiPen is not negotiable, but going to a restaurant with food allergens may be negotiated so long as the adolescent has a plan to abstain from allergen food. Ultimately, adolescents must get to the point of being self-sufficient.

Next, Terri Gagen-Hursey, NP, with the Greater Baltimore Medical Center discussed the management of food allergies in infants. She stressed that full food allergy diagnosis is not possible by performing any singular test, but rather one must first consider the medical history, skin testing, IgE sensitivities, and lastly a cautiously prepared food challenge.

Skin testing is very convenient, but there are no set standards, and the patient must be off anti-histamines.

As far as managing food allergies in infants, Gagen-Hursey explained that dietary avoidance is all that is currently available.

Breastfeeding is still one of the best things a mother can do to minimize the risk for developing food allergies, Gagen-Hursey noted, and though there is supportive data for consideration of vitamin D and fish oil supplementation, it is not at the stage of guideline recommendation yet.

Above all else, both researchers agreed that there must be a safety plan in place for the individual, the family, and the school. This should include an easily accessible step-by-step guide.

How to Identify Gene-Modifiable Environment Risk Factors for Eosinophilic Esophagitis

Telemedicine's Impact on Allergy and Asthma Through Monitoring and Adherence

Switching to Mepolizumab Improved Uncontrolled Asthma for Patients on Omalizumab