Researchers described the ten year course of primary care patients with major depression as “rather bleak.”

Researchers described the ten year course of primary care patients with major depression as “rather bleak,” regardless of whether they received antidepressants, psychosocial therapies or a combination.

Four out of five patients received antidepressants during a ten-year period following an episode of depression, but more than three quarters suffered an additional episode and a median six years of residual depressive symptoms. Although outcomes were statistically similar across treatment interventions, there was a trend of longer periods without symptoms in patients receiving a Psychoeducational Prevention Program (PEP) with or without Cognitive Behavioral Therapy (CBT), and less symptom severity with the combination of CBT and PEP (CBT+PEP).

Henk Jan Conradi, PhD, Department of Clinical Psychology, University of Amsterdam, The Netherlands (pictured), and colleagues point out that while the majority of patients with major depression are treated in primary care, there have been few studies of their long-term outcomes.

This ten-year naturalistic study was a follow-up of 166 patients from 267 who had participated in a three-year evaluation of treatment outcomes with Care as Usual (CAU), Psychiatric Consultation followed by PEP (PC+PEP), PEP, CBT or CBT+PEP. The initial three-year study administered the Composite International Diagnostic Interview (CIDI) every three months. The ten year follow-up was accomplished with a single, but modfied CIDI, and a chart-based interview using the Longitudinal Interval Follow-up Evaluation (LIFE).

The modified CIDI contained extra questions about the month, year and duration of new depression episodes and periods without symptoms. The LIFE instrument was used to elicit information about month-to-month symptom severity and the proportion of symptom-free time.

During the ten years, 76.5 percent of the patients developed a new depressive episode, with a median two episodes of one year duration. The mean severity of the episodes was 2.13 on the Beck Depression Inventory (BDI) scale of 1 to 5, with some degree of residual symptoms persisting for a median six years. All patients had continued contact with their primary care provider, with a median of more than three visits per year. Antidepressants were prescribed to a majority of the patients, but there was insufficient information to determine whether there was adequate dose and duration.

Conradi and colleagues acknowledge that the single, retrospective CIDI and LIFE at ten years isn't as accurate a measure of long-term course as continued assessments at three month intervals. They did take steps to increase the validity of the responses, however, including identifying and providing event anchor points for the recall narrative.

They also note that the long-term course does not necessarily reflect outcome of the original treatment, as those effects could have been washed out by subsequent treatments or events. In addition, the comparative analysis with PC+PEP and CBT+PEP were insufficiently powered to confirm their apparent lack of treatment effect.

“The possible treatment effects we found were small,” Conradi and colleagues indicate, “which makes sense when following patients over a decade.”

The study of long-term course of depression in primary care patients was published on-line March 30, and is scheduled for the August issue of the Journal of Affective Disorders. The Ten-year Course of Depression in Primary Care and Long-term Effects of Psychoeducation, Psychiatric Consultation and Cognitive Behavioral Therapy

ACP 2017: Diagnosing Anxiety and Depression in the Primary Care Setting

Depression Symptoms More than a Checklist for Diagnosis 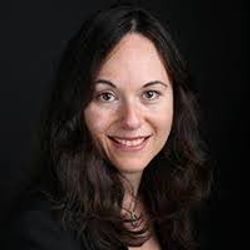