Microalbuminuria Is Higher in Patients With Uncontrolled Diabetes

The new study underscores the importance of annual urine analysis to catch signs of diabetic nephropathy.

Urine spot for albumin:creatinine ratio (UACR) values are higher in patients with uncontrolled type 2 diabetes (T2D) and in patients with a longer duration of disease, according to new research.

The findings bolster the case for annual UACR tests as a routine part of care, the authors concluded, since the tests can identify early signs of diabetic nephropathy.

Diabetic nephropathy is a complication of diabetes that is linked with chronic kidney disease leading to end-stage renal disease. Early detection of nephropathy can be a key factor in clinical outcomes. The presence of albumin in urine is associated with diabetic neuropathy. The American Diabetes Association recommends yearly screening for microalbuminuria. UACR is a more efficient method of testing for albumin, replacing the older standard of 24-hour urine collection.

Corresponding author Ayesha Malik, of Hameed Latif Hospital, in Pakistan, and colleagues noted that strict glycemic control can prevent microalbuminuria. The investigators sought to better understand how common microalbuminuria is among patients with T2D and the extent to which it correlates with diabetic control.

Malik and colleagues recruited 133 patients for their study, and recorded data such as body mass index, duration of diabetes, and hemoglobin A1C levels. The patients were given morning, mid-stream UACR tests, which were then evaluated for albumin.

The investigators then performed a Pearson product-moment correlation coefficient, which showed that high UACR correlated with a higher likelihood of uncontrolled diabetes and a longer duration of diabetes.

“Some of the factors that influence kidney disease development include genetics, blood sugar control, and blood pressure,” the authors said. “The impact of strict diabetic control on prognosis is most pronounced in patient’s microalbuminuria. We found a significant correlation between higher HbA1c level and presence of microalbuminuria.”

The investigators noted that T2D is growing in prevalence around the world, and they said local studies in the South Asian region have shown rates of microalbuminuria among patients with T2D that align with this new study.

“However, due to poor healthcare infrastructure and lack of education, people are not routinely screened in developing or underdeveloped countries and end up presenting late in the disease course,” they wrote.

Limitations of the study included the small sample size and the fact that the investigators did not take into account patients’ detailed drug histories or their histories of dietary protein intake prior to UACR. These factors could potentially alter UACR values.

Still, the investigators said their data show routine UACR testing can be an important component of kidney disease prevention.

“Both early detection and progress of the disease can be determined by sensitive markers like the UACR,” they concluded. “In addition, our study shows that poorly controlled diabetes is associated with higher UACR. Involvement of the UACR in routine practice should be considered for all diabetic patients.”

The study, "Prevalence of Microalbuminuria in Type 2 Diabetes Mellitus," was published online in Cureus. 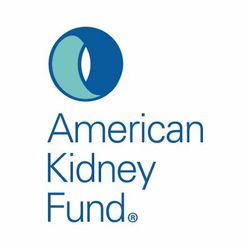