AXS-07 showed statistical significance for migraine pain freedom at 90 minutes, and at every time point after. 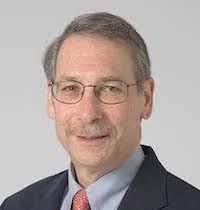 In the INTERCEPT phase 3 trial, AXS-07 met all co-primary end points and showed efficacy in preventing the progression of migraine pain beyond mild intensity while significantly reducing the use of rescue medication.

AXS-07’s formulation consists of both MoSEIC meloxicam and rizatriptan and it is administered in tablet form to provide an enhanced rate of absorption of meloxicam.

INTERCEPT was a double-blind, placebo-controlled trial that included 302 patients randomized 1:1 to treat a single migraine attack with a single dose of AXS-07 (20 mg meloxicam/10 mg rizatriptan), or placebo, at the earliest sign of migraine pain, while the pain intensity was mild.

They also sought co-primary end points of pain freedom and freedom from the most bothersome symptom.

The drug showed significant results on both co-primary end points but was also numerically superior to placebo in a multitude of other end points.

Pain freedom and most bothersome symptom freedom was achieved as early as 30 minutes in patients who received AXS-07. Additionally, the drug achieved statistical significance for migraine pain freedom at 90 minutes (P = .003) and at every time point after.

While the drug prevented progression of migraine pain intensity, rescue medication was used by 15.3% of AXS-07 patients compared to 42.2% of placebo patients over 24 hours (P <.001).

Researchers observed functional and global improvement as well, noting that 52.4% of AXS-07 patients were very much or much improved compared to 27.7% of placebo patients (P <.001) on the Patient Global Impression of Change (PGI-C) scale.

The drug was generally safe and well tolerated with no reports of serious adverse events (AEs) throughout the trial. Somnolence, dizziness and paresthesia, all of which occurred in less than 5%, were among the most commonly reported adverse events.

“These results, coupled with previous clinical data showing superiority of AXS-07 over an active comparator, provide clinical evidence that this synergistic, multi-mechanistic approach and the rapid absorption of AXS-07 may translate to important benefits for a wide range of patients,” Stewart Tepper, MD, professor of neurology, Geisel School of Medicine, Dartmouth University, said in a statement. “As clinicians continue to seek options for their patients with improved efficacy over currently available therapies, AXS-07 may offer an important new treatment for this disabling condition.”