While children with HIV may have low levels of a key immune cell, a new study shows that most will recover the cell with proper treatment. 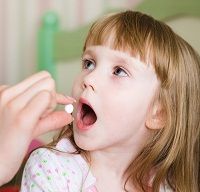 While children with HIV may have low levels of a key immune cell, a new study shows that most will recover the cell with proper treatment.

First Author Paul Krogstad, MD, along with other researchers from the University of California, Los Angeles, and other institutions collected data consisting of more than 3,700 children who were infected with HIV before or during birth. The cases were taken from three research networks and made up of children from the US, Central and South America, and the Caribbean.

Published in AIDS, the study focused on CD4+ t cells which play a key role in the immunity against infection and are a major area of focus in HIV research.

A healthy CD4+ cell count ranges from 500 to 1,200 cells per blood sample. Any less than 500 is considered low and 200 or less is considered very low. The researchers examined the CD4+ cell counts in 933 children who beganantiretroviral therapy (ART) when they were at least 5-years-old. They found that after one year of treatment 86% of the children showed a CD4+ count of 500 or more and after 2 years the amount rose to 92%.

“We were pleased to find that the vast majority of children experience immune system recovery with effective therapy,” Krogstad said in a news release. “Our study also provided the most detailed information to date about the timing of this recovery in school-age children.”

Rohan Hazra, MD, one of the study’s authors, pointed out that failure to rebound the CD4+ t cells was infrequent in children. However, there may not be a big cause of concern in those with such an outcome.

“The comparatively few children whose CD4+ cells failed to rebound did not appear to be at any greater risk for serious infection than children with higher CD4+ counts,” Krogstad said.

The authors noted that about 15% of adults with HIV fail to rebound after using medication which can cause life-threatening illnesses.

Although CD4+ cell counts are important in immunity, it is not the only deciding factor in recovery. The study found that AIDS-defining events occurred in 1% of the cases even despite reaching a healthy CD4+ count.

It was concluded that although anti-HIV treatment raised the CD4+ cell counts in most children, achieving at least 500 cells per sample highly depended on baseline immunological status.