Most Physicians Still Prescribe Opioids After an Overdose

To prescribe or not to prescribe? That is the question. When it comes to patients who have overdosed on opioids, the majority get another prescription for the medication. 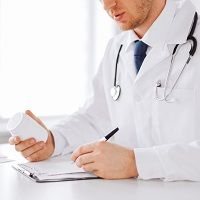 To prescribe or not to prescribe? That is the question. When it comes to patients who have overdosed on opioids, the majority get another prescription for the medication.

In a study published in the Annals of Internal Medicine, the Boston-based authors looked at 2848 commercially insured patients who had received long-term opioid therapy for non-cancer pain. The patients, ages 18 to 64, all had a nonfatal opioid overdose between May 2000 and December 2012.

“Ninety-one percent got another prescription for an opioid. It wasn’t because they went down the street and found a new doctor. Seventy percent got it from the doctor who had prescribed before the overdose,” lead researcher Marc Larochelle, MD, MPH, told the Boston Globe.

The question here may simply be — why? Why are physicians continuing to break out their prescription pads for patients who overdosed not even a year earlier? After all, it’s no secret that the opioid epidemic is getting worse and combatting it continues to be a challenge.

Notably, 8% of patients in this study who were not receiving opioids had a repeated overdose. This indicates several points: for one, it means that discontinuing the prescription leads to less repeated overdoses; and two, since there were still repeated overdoses, it suggests the patients went elsewhere to obtain the medication other than the original prescribing physician.

This opioid epidemic needs a 180, and while it’s not going to happen overnight, identifying contributing factors can help lead to the positive flip.

What to Read Next >>> Pill Mills Aren’t the Only Problem, General Practitioners Are As Well