Over the past 7 years, multiple sclerosis (MS) care costs rose 60% and were driven by common MS sequelae, according to new research.

Over the past 7 years, multiple sclerosis (MS) care costs rose 60%, according to research presented by BMC Health Services Research.

The researchers suggest that even though MS treatment costs are increasing, the costs are driven by common MS sequelae — a condition that is the consequence of a previous disease or injury. From 2006 to 2011, the researchers determined expenses have risen about 60%.

To reach this conclusion, investigators examined a pharmacoeconomic analysis to derive updated information about MS-related costs and cost drivers related to disease-modifying drugs (DMDs). The proportion of DMDs, they found, was similar in 2011 to that reported in 2004.

Using data from patients who were diagnosed more than a year prior, the researchers studied pharmacy claims for DMDs. Then, the values were adjusted to 2011 values using the medical care component of the consumer price index (CPI).

The participants were further divided into subgroups according to their DMD usage (interferon beta-1a intramuscular or subcutaneous, interferon beta-1b, glatiramer, natalizumab) and tested with different categorical markers. The analysis lead researchers to conclude that between 2006 and 2011, after CPI adjustment, inpatient care made up 6% of changes, outpatient care made up 19%, and the majority, 75%, came from DMDs.

Previous research had shown sequelae contributed heavily to MS care costs. However, in 2004, DMDs represented 73% of the total costs of care, while more recent research has excluded DMDs from analysis.

“The increase in DMD charges from 2006 to 2011 in the sample overall may be attributable to an increased number of available DMDs, as well as price inflation among existing DMDs,” the authors conclude. “A surprising finding of the present study is that the proportion of continuously enrolled patients with at least one DMD claim remained constant at about 53-54% from 2006 to 2011. Also surprising is that the DMD use rate estimated in the present study is less than the 58% reported by Prescott et al. for patients treated in 2004.” 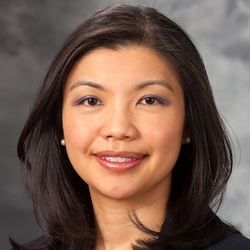