A new study from Georgia State University examined the mechanisms by which resveratrol was able to work against Haemophilus influenzae, a major respiratory pathogen. The findings may be of use in developing non-antibiotic treatments for bacterial respiratory infections, and also for COPD and asthma therapies. 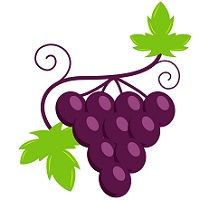 Berries, including grapes and, by proxy, some wines, contain a compound called resveratrol. Resveratrol has previously been studied over decades for its anti-inflammatory capabilities in a host of disorders and diseases, ranging from cancer to heart disease to fatty liver disease to inflammation in the brain.

“It has been shown that resveratrol can suppress inflammation, but how it regulates inflammation still remains largely unknown. We found that resveratrol suppresses a major bacterial pathogen causing otitis media and COPD by upregulating or increasing the production of a negative regulator called MyD88 short,” says Dr. Jian-Dong Li, director of the Institute for Biomedical Sciences at Georgia State and one of the authors of the study.

NTHi infections are often treated with antibiotics, and the authors are quick to point out that the increasing prevalence of antibiotic-resistant bacterial strains creates an imperative to find new ways of fighting such infections. While inflammation is a natural immune process, excess inflammation can create serious conditions. More than 500 million people worldwide are affected by respiratory conditions like asthma and COPD. Otitis media is the most common cause of conductive hearing loss in children.