Nearly 75% of Abortions Worldwide Are Obtained by Married Women

The number of abortions in the United States, and other developed countries, has significantly declined since the â€˜90s. But rates in developing countries have virtually remained the same. 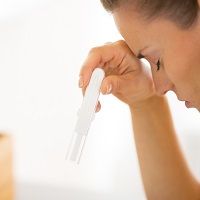 The number of abortions in the United States, and other developed countries, has significantly declined since the ‘90s. But rates in developing countries have virtually remained the same.

A study conducted by officials at the Guttmacher Institute and the World Health Organization (WHO) broke down abortion data collected from government agencies in developed regions, including North America, Europe, Australia, New Zealand, and Japan, as well as developing countries.

However, in developing countries, the rate insignificantly declined from 39 to 37 for every 1,000 women.

“We did not observe an association between the abortion rates for 2010 to 2014 and the grounds under which abortion is legally allowed,” the authors wrote in The Lancet.

Another finding addressed the stigma that abortions are obtained after irresponsible decisions made by single teens and young adults. The data revealed that 73% of abortions worldwide were obtained by married women, age 18 to 41, in the 2010 to 2014 time period.

“Making greater investments in quality family planning services, providing safe abortion to the full extent of the law and ensuring post-abortion care including post-abortion contraception are essential public health strategies,” Bela Ganatra, a scientist at WHO, said in a news release.

Notably, about 88% of abortions are performed in developing countries, which points to a clear need to provide effective contraceptive services in these areas. The researchers say that these contraceptives would be a lot less expensive than managing unintended pregnancies.

This is part one of a two-part series that assesses abortions worldwide. The second part will look at unsafe abortion estimates and will be published later this year.