There is no evidence in the value of screening for depression in individuals aged 11 years and younger.

New guidelines show a moderate net benefit that screening for depression in individuals aged 12-18 years, but insufficient evidence in the benefit for screening for pediatric patients aged 11 years or younger.

“The USPSTF recommends screening for MDD in all adolescents but notes that several risk factors might help identify patients at higher risk,” the authors wrote.

Depression is known to have a number of negative impacts on adolescent patients, including functional impairments in school and work performance, difficulty in interactions with families and peers, and affect the developmental trajectories.

In the study, the investigators looked at pediatric patients who do not have a diagnosed mental health condition or who are not showing recognized signs or symptoms of depression or suicide risk.

Some known risk factors for depression include a combination of genetic, biological, and environmental factors such as a family history of depression, prior episode of depression, and other mental health or behavioral problems, as well as individual factors such as age, sex, gender identity sexual orientation, or genetic predisposition. There are also various psychological risk factors, including childhood abuse or neglect, exposure to traumatic events, bullying, adverse life events, early exposure to stress, maltreatment, and an insecure parental relationship.

Recent studies have also focused on racial demographics. For example, Black pediatrics have a reportedly higher prevalence of suicide rates, increase in suicide attempts, and greater increases in the prevalence of depression than in the past.

The update looked at the potential of advising screenings for young children but did not find an adequate reason to do so.

“Potential harms of screening for MDD in young children or for suicide risk in children and adolescents of any age include false positive screening results that lead to unnecessary referrals (and associated time and economic burden), treatment, labeling, anxiety, and stigma,” the authors wrote. “Psychological interventions are likely to have minimal harms. The use of selective serotonin reuptake inhibitors in children is associated with harms, specifically risk for suicidality.”

There are also reccomendations for exactly how the screening should be implemented.

They also recommended group cognitive behavior therapy for symptomatic patients who have been exposed to traumatic events and collaborative care for the management of depressive disorders.

There is currently a separate review ongoing on screening for suicide risk for adults.

The study, “Screening for Depression and Suicide Risk in Children and Adolescents US Preventive Services Task Force Recommendation Statement,” was published online in JAMA. 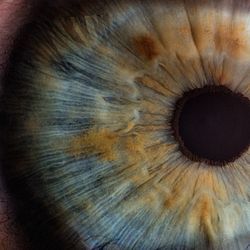