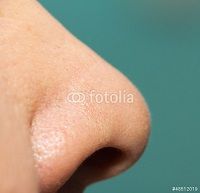 Intralymphatic immunotherapy (ILIT) may be an effective treatment for seasonal allergies according to a study recently published in Respiratory Research, a BioMed Central Publication. The study was conducted by Terese Hylander, of the Division of ENT Diseases in the Department of Clinical Sciences at the Karolinska Institute, in Sweden, and colleagues. It was published on January 27, 2016.

People are increasingly allergic, and the result is often allergic rhinitis. Allergen-specific immunotherapy, or AIT, is the only treatment that works. The most effective type of AIT is subcutaneous immunotherapy (SCIT). However, the authors report that “only 5% of patients undergo this therapy, due to frequent injections, risk of adverse effects and the long duration of treatment.” This study was conducted to determine if ILIT could represent an effective alternative treatment.

A total of 36 patients participated in this study. They were recruited in two cohorts. The first consisted of 15, who were recruited between September 2010 and September 2011, and the second consisted of 21 people, who were enrolled between September 2011 and September 2012. The participants were randomly assigned to receive either ILIT injections or a placebo. One patient “demonstrated localised urticaria following the first intralymphatic injection” according to the researchers, and that participant did not wish to continue. Of those who completed the study, 15 received the placebo and 21 received the ILIT treatments.

Other than the patient who dropped out, “no moderate or severe reactions were recorded,” said the authors. Among those who received the active ILIT treatments, two subgroups were clear. Some of the patients reported that their symptoms were clearly improved, and some said there was no improvement whatsoever. The researchers conclude, “This double-blind placebo-controlled trial adds to the existing literature and provides further evidence that ILIT is a safe and effective treatment for pollen-induced allergic rhinitis.” However, they suggest there is a clear need for larger and longer-term studies.