Observational Cohorts: What they have taught us about HIV disease

The observational cohort study design has served HIV clinicians and our patient communities for over 30 years by teaching us a great deal about HIV disease and its complications.

While randomized controlled trials (RCT) remain the gold-standard in medical research, they are often impractical or in some cases unethical to perform when it comes to HIV-related clinical questions. Since the first observational cohort was started in 1984 (MACS — see below), the research community has garnered a vast amount of information from groups of HIV-infected men and women who have been followed longitudinally. They have answered many question related to HIV pathogenesis and natural history. There are now numerous HIV cohorts that provide basic science and clinical information in persons living long-term with HIV and many of the associated co-morbidities. The majority of these studies are still recruiting new participants. What follows is an overview of some of the key HIV observational cohorts.

In more recent years the MACS has expanded to including several sub-studies. These include aging with HIV, co-morbidities of cancer, cardiovascular and neurological diseases, and oral health. Funding for the MACS is primarily from the National Institute of Allergy and Infectious Diseases (NIAID) at the National Institutes of Health. Over 1,400 papers have been published from the MACS, including most recently those noted below:

The Women's Interagency HIV Study (WIHS) was established in August 1993 to carry out wide-ranging investigations on the impact of HIV infection and its clinical, laboratory, and psychosocial effects in women.

Participants have follow-up visits at six-month intervals. Information obtained from these women include socio-demographics, sexual behaviors, gynecological, obstetrical and contraceptive history, as well as alcohol, tobacco and drug use. Some key data from WIHS has been cervical and lung cancer risks in HIV-positive women.

The NA-ACCORD was founded in 2006 as a regional representative of the International epidemiologic Databases to Evaluate AIDS (IeDEA).

NA-ACCORD is composed of 25 cohorts (including the WIHS and MACS) from the U.S. and Canada. Over 200 sites from all 50 states, three U.S. territories and nine Canadian Provinces contribute data on over 130,000 HIV-infected patients. These sites include both academic and community-based facilities that deliver primary and specialty HIV care.

The NA-ACCORD combines epidemiological and clinical HIV cohorts, includes both HIV-seropositive and seronegative persons, and is complemented by specimen repositories for conducting translational research. Funding for the NA-ACCORD is from NIAID and the NCI. According to their website, NA-ACCORD is open to collaboration with additional clinical sites.

A sentinel publication that came out of this cohort was the 2009 paper [MM Kitahata et al. Engl J Med 2009; 360:1815-1826] that found early initiation of antiretroviral therapy before the CD4+ count fell below 350 and 500 cells/mm3 significantly improved survival, as compared with deferred therapy. Recent publications from NA-ACCORD include:

The VACS is a prospective, observational cohort of HIV- positive and HIV-negative veterans in care with the Veterans Administration health system in the United States.

The primary aim of the VACS is to understand the role of comorbid medical and psychiatric diseases and their effects on HIV-related clinical outcomes. The VACS is primarily funded by the National Institute on Alcoholism and Alcohol Abuse. The principle investigator of the VACS is Dr. Amy Justice from the VA Connecticut Healthcare System and Yale University School of Medicine.

The VACS consists of two ongoing cohorts. The first began in 1997 and includes 40,000 HIV- positive veterans and a one-to-two matched sample of uninfected controls. The VACS also has a sub-study cohort of patients from nine VA medical centers (“VACS-9”) that include Atlanta, Baltimore, Bronx, Dallas, and Los Angeles.

When new veterans with HIV infection present for care, they are offered enrollment in one of the two cohorts. A key research tool of the VACS is the “VACS Index” — a clinical scoring system that predicts all-cause mortality, cause specific mortality, and other outcomes in those living with HIV infection. The VACS Study Index creates a score by summing pre-assigned points for age, CD4 count, HIV-1 RNA, hemoglobin, platelets, hepatic function, renal function, and viral hepatitis C infection. Several recent published studies by the VACS include:

D:A:D: is a prospective multi-cohort study primarily focused on the recognition of adverse events related to HIV disease and also complications specifically related to ART.

The original study population of 23,000 patients was enrolled between December 1999 and April 2001. The data center is based in Denmark and is composed of 11 cohorts including EuroSIDA, Aquitaine, ATHENA, and ICONA. The U.S. member of D:A:D is the Community Programs for Clinical Research on AIDS (CPCRA). The total current enrolment is approximately 50,000 patients that represent 212 clinics from 33 countries.

According to the D:A:D web site, funding comes from 'The Oversight Committee for The Evaluation of Metabolic Complications of HAART', and several pharmaceutical companies that produce anti-retroviral drugs.

The data collection for D:A:D takes place about every eight months and is merged to a central database in Copenhagen. Core data in D:A:D is information o&shy;n incident cases of cardiovascular disease, which are reported immediately to the coordinating office.

A sentinel study from D:A:D was the 2007 publication noting an increased risk of myocardial infarction from certain HIV therapies including protease inhibitors. [Friis-Moller N, N Engl J Med. 2007 Apr 26; 356(17):1723-35]. The D:A:D Study has produced several hundred key papers and presentations since 2003 and continues to do so. Some recent publications from the D:A:D include:

The Affordable Care Act and HIV 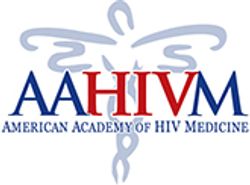