The treatment met the pre-specified primary endpoint of significantly less weight gain in the ENLIGHTEN-Early trial. 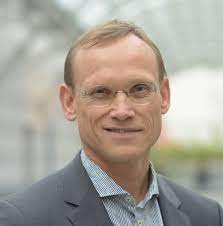 Topline results from the ongoing ENLIGHTEN-Early study show olanzapine and samidorphan (LYBALVI) has a positive impact on body weight in young adult patients with schizophrenia compared to olanzapine.

Alkermes plc announced the results on Feb. 8 for the phase 3b study in 428 patients aged 16-39 years with schizophrenia, schizophreniform disorder, or bipolar I disorder who were early in their illness.

The investigators found the drug met the pre-specified primary endpoint of statistically significant less weight gain compared to patients treated with just olanzapine at week 12. The mean percent change from baseline body weight was 6.77% for olanzapine compared to 4.91% for the olanzapine and samidorphan group (P = 0.012).

For the 4 prespecified secondary endpoints, the investigators implemented a hierarchical testing methodology.

Doing this, they found the first secondary endpoint did not achieve the pre-specified significance level, which precluded the assessment of statistical significance of the subsequent endpoints in the hierarchy.

There was also a numerical difference observed between treatment arms across all secondary endpoints in favor of the olanzapine and samidorphan treatment.

In addition, the proportion of patients who gained 7% or more of their baseline body weight at 3 months was higher in the olanzapine group (44.8%) than it was in the study drug arm (33.1%).

The mean change from baseline in waist circumference was 3.90 cm in the olanzapine group at 3 months, compared to 2.99 cm in the combination drug group.

Finally, treatment was linked to improvements in schizophrenia symptoms and bipolar I disorder symptoms over 3 months, measured by the Clinical Global Impression of Severity (CGI-S) scale (mean change from baseline in CGI-S score of -0.82).

The most common adverse event in the target group was weight gain, somnolence, and increased alanine aminotransferase.

There were also comparable serious adverse events found in both groups, with 3.7% of olanzapine patients and 3.8% of the olanzapine and samidorphan patients reporting.

"Olanzapine is well-known as an efficacious medicine but is often not used as a first-line treatment for early-in-illness patients due, in part, to concerns about weight gain," said Christoph Correll, MD, Professor of Psychiatry and Molecular Medicine at Hofstra Northwell School of Medicine, in a statement. "We're encouraged to see the positive results of this study in patients who have had less exposure to antipsychotic therapy and may be particularly susceptible to olanzapine-induced weight gain."

The results were consistent with the ENLIGHTEN-2 pivotal study, in which investigators found a numerical difference in average weight gain between the 2 treatment groups early in treatment. This continued to separate through the study’s prespecified primary endpoint.

The treatment is also approved as an acute treatment of manic or mixed episodes as a monotherapy or as an adjunct to lithium or valproate.

“We're pleased to share topline results from the ENLIGHTEN-Early study, in which LYBALVI demonstrated less mean weight gain compared to olanzapine in patients early in illness with schizophrenia, schizophreniform disorder or bipolar I disorder,” Craig Hopkinson, MD, Executive Vice President of Research & Development and Chief Medical Officer at Alkermes, said in a statement. “These results complement the weight gain profile of LYBALVI shown in the ENLIGHTEN-2 pivotal study and reinforce the potential of LYBALVI as a new treatment option for adults living with schizophrenia or bipolar I disorder.”