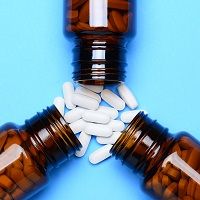 Researchers from St. Michael’s Hospital in Toronto, Canada, are raising safety concerns about chronic obstructive pulmonary disease (COPD) patients’ use of opioids at high rates, citing their findings published in the British Journal of Clinical Pharmacology.

The researchers reviewed healthcare administrative data from more than 120,000 COPD patients in order to describe the scope, pattern, and participant characteristics of patients who engage in incident opioid use. The patients had physician confirmed COPD and were 66-years-old or older. They were not receiving palliative care. The study authors examined the incidence of oral opioid receipt between April 1, 2003 and March 31, 2012, as well as various patterns of incident opioid use.

“The new use of opioids was remarkably high among adults with COPD living in the community,” corresponding author Nicholas Vozoris, MHSc, MD, a respirologist at St. Michael’s Hospital, explained in a press release. “The amount of opioid use is concerning given this is an older population, and older adults are more sensitive to narcotic side effects.”

The researchers hypothesized that adult COPD patients might receive opioids, such as codeine, oxycodone, and morphine, more frequently to treat muscle pain, breathlessness, and insomnia. Side effects of these drugs include falls and fractures, confusion, memory impairment, fatigue, constipation, nausea, vomiting, and abdominal pain.

Even though patients may be looking for quick fixes, Vozoris said, physicians might believe that narcotics are the solution for COPD symptoms. The majority of opioid prescriptions came from family physicians. A majority of the new prescriptions were a mixture of opioids and non-opioids, like Percocet, Endocet, and Lenoltec.

“Patients and prescribers should reflect on the way narcotics are being used in this older and respiratory vulnerable population,” concluded Vozoris. “They should be more careful about when narcotics are used and how they’re being used.”