Patients Are Commonly Misdiagnosed with Schizophrenia

A retroactive review of patients referred to a psychiatric consultant found that most patients left with a different diagnosis. 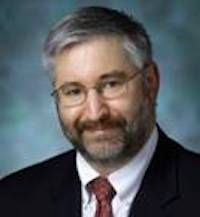 Schizophrenia may have become a trigger-happy diagnosis.

A retroactive analysis of patients referred to a psychiatry consultation clinic with an initial schizophrenia diagnosis found that about half of all such diagnoses were inaccurate upon further review.

The study, from the Johns Hopkins Early Psychosis Intervention Clinic (EPIC), reported that a multitude of factors may influence a physician too readily diagnosing a patient with schizophrenia—not the least of which being a desire to treat the chronic psychiatric condition with speed and efficacy.

“Early detection of schizophrenia is very important, so the patient can get the correct pharmacologic and non-pharmacologic care they need to stay on the best possible path of their life,” study author Russell L. Margolis, MD, told MD Magazine®.

The investigators conducted a retroactive chart review of 78 patients who has been referred to EPIC with an early psychosis diagnosis. Of the 78 observed patients, 43 (55%) had a primary diagnosis of schizophrenia spectrum disorder at the time of their referral. Among those 43 cases, 22 (51%) concluded with a different diagnosis following the consultation, and 18 (43%) were not diagnosed with any form of primary psychotic disorder.

The most common patients to be misdiagnosed with schizophrenia were in their teens and 20s with symptoms of anxiety, Margolis said. He explained that these patients could have been the byproduct of what he calls “checklist psychiatry.”

“A patient says he hears voices,” Margolis explained. “It becomes very easy in the EMR to check off them as ‘positive’ for hallucinations. But hearing voices can mean many, many things.”

Having a broad symptom such as hearing voices—which could be a sign of distress in a patient with anxiety issues, or just a fleeting symptom of another psychiatric condition&mdash;be assessed in a binary fashion is a disservice to referred patients, Margolis said.

“There can be an overreaction to mental health conditions,” he explained.

That said, the findings equally emphasize the value of specialty consultations as much they do the pitfalls of first-line diagnoses and referrals. While a primary care provider frequently refers patients with cancer to an oncologists and patients with chest pains to a cardiologist, patients presenting with mental health issues are less likely to seek further consultation.

That’s an issue, as psychiatry diagnoses take longer than a routine primary care visit to properly assess, and clinicians are trained to be alert for early-onset psychiatric conditions such as schizophrenia.

“Forty-five minutes is not enough to sort out the care,” Margolis said. “We have to have time to sort out the diagnoses. It’s a great luxury in a consultation clinic like ours, to have hours to spend on a patient at a time.”

Investigators concluded that misdiagnosed patients were more likely to report symptoms of anxiety than they were thought disorder, and that second opinions from specialty clinics could negate the increased rate of false schizophrenia diagnoses.

Margolis said the team is currently examining long-term outcomes and experiences for patients who undergo such specialty consultations, though no data is yet available.

The study, "Specialized Consultation for Suspected Recent-onset Schizophrenia," was published online in Journal of Psychiatric Practice. 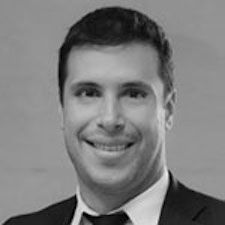