There’s little indication that children with persistent asthma will achieve remission by adulthood.

The team, led by Alberta L. Wang, MD, sought to determine predictors of asthma remission in adults through a multiethnic population of pediatric patients with mild to moderate persistent asthma.

Investigators did not return requests for comment at the time of publication.

Wang and colleagues established early adulthood asthma remission by 2 varying clinical and strict definitions. Both definitions included a standard of normal lung function and the absence of symptoms, exacerbations, and use of therapy. Strict definition also included normal airway responsiveness.

The investigators established predictors from 23 baseline measures through a multivariate logistic regression, and each predictors’ probability of remission was modeled via a decision tree analysis.

Among the predictors of remission, the degree of forced expiratory volume over 1 second/ forced vital capacity (FEV1/ FVC) ratio impairment was found to be the greatest. More than 50% of observed boys and two-thirds of the girls with baseline FEV1/ FVC ratios of 90% or greater were in remission at adulthood.

“Clinical prognostic indicators of asthma remission, including baseline lung function, can be seen from an early age,” the team observed.

In December, a team from the Cincinnati Children’s Hospital Medical Center presented a new Pediatric Asthma Risk Score (PARS) predictor capable of definining mild to moderate asthma risk in patients based on variables including wheezing, food allergen and aeroallergen sensitizations, and patient ethnicity.

The PARS would be applicable to children as young as 1-2 years old, when wheezing symptoms first present. Though its intent is to distinguish early respiratory infections from onset pediatric asthma, the predictor parallels with Wang and team’s metric to distinguish continued asthma in adulthood, in that it attempts to provide the opportunity to prevent.

“This is highly relevant as these children may be the most amenable to preventative strategies,” PARS investigators said at the time. “Future studies may incorporate genetics and other biomarkers into the risk assessment. It will also be helpful to see if the tool is predictive in other racial and ethnic groups of children.”

The study, "Remission of persistent childhood asthma: Early predictors of adult outcomes," was published online in The Journal of Allergy and Clinical Immunology. 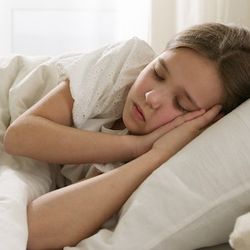