Penicillin, Other Common Antibiotics Can Cause Delirium

Antibiotics are essential for curing an array of conditions, but they may also be responsible for disrupting cognitive function in patients. 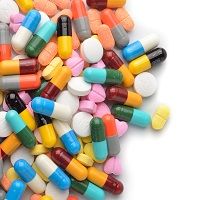 Antibiotics are essential for curing an array of conditions, but they may also be responsible for disrupting cognitive function in patients.

Although mental confusion can be caused by some medications, such as opiates and sleeping pills, most people wouldn’t suspect that antibiotics would make the list. However, researchers from Brigham and Women’s Hospital (BWH) in Boston found that antibiotic use can lead to delirium, accompanied by hallucinations and agitation.

The study included 391 patients over seven decades who had developed delirium and other brain problems after being treated with antibiotics. Fifty-four different antibiotics from 12 different classes were reported, including sulfonamides and ciprofloxacin, as well as intravenous varieties like penicillin and cefepime. As described in the journal Neurology, of the 391 patients:

In addition, EEG (electroencephalogram) tests revealed that 70% of patients had abnormal electrical activity in the brain.

“People who have delirium are more likely to have other complications, go into a nursing home instead of going home after being in the hospital and are more likely to die than people who do not develop delirium,” one of the authors Shamik Bhattacharyya, MD, from BWH and Harvard Medical School, said in a news release.

The types of delirium and brain problems related with antibiotics was broken down into three categories.

For types 1 and 2, symptoms occurred within days of antibiotic use. The symptoms subsided within days after discontinuation. For type 3, it took weeks for symptoms to occur and it also took longer for them to go away after patients stopped taking the medication.

By identifying antibiotics as a cause of delirium, it can help prevent and diagnose cognitive dysfunctions when they arise so that they can be controlled before serious consequences ensue.

“More research is needed, but these antibiotics should be considered as a possible cause of delirium,” Bhattacharyya concluded.