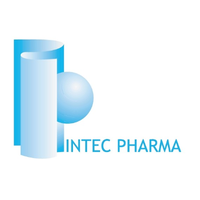 A new slow release drug to treat Parkinson disease will not be hitting the market in its current form after failing a phase 3 clinical trial.

The primary efficacy endpoint of the study was the change from baseline to endpoint in the percent of daily OFF time during waking hours based on Hauser home diaries.

Secondary endpoints in the study included changes from baseline to endpoint in ON time without symptoms like dyskinesia during waking hours.

While the new drug treated symptoms in the ACCORDANCE trial, it did not demonstrate a statistically significant reduction in OFF time than IR-CD/LD under the conditions established in the protocol.

The treatment-emergent adverse effects observed with the new pill were consistent with the known safety profile of CD/LD formulations with no new safety issues observed in the double-blinded study.

The Accordion therapy delivers medication to the body using biodegradable polymeric films that fold into an undulated shape and are placed inside a capsule. The pill releases slowly in the stomach over the course of 8-12 hours, allowing the body to steadily absorb it until the pill dissolves in the GI tract.

Levodopa is currently the most commonly used drug for symptomatic therapy of Parkinson, but chronic use can often lead to the development of disabling and difficult to treat motor complications. These conditions often limit the usefulness of the drug.

AP-CD/LD contains carbidopa and levodopa in both immediate and extended-release modes.

The phase 3 multi-center, global, randomized, double-blind, double-dummy, active-controlled, parallel group study began in 2016 and included 420 adults older than 30 years treated at 90 clinical sites in the US, Europe and Israel.

Patients were first stabilized and optimized on Sinemet followed by AP0-CD/LD during a pair of open-label six-week periods. Investigators then conducted a 13-week randomized, double-blind study.

All patients completing the 13-week randomized period were able to continue AP-CD/LD treatment for an additional 12 months.

“We are disappointed that the ACCORDANCE study didn't meet its target endpoints with statistical significance,” Meckler said in a statement. “While the data suggests that the AP CD/LD did achieve an acceptable safety profile and did treat Parkinson's disease symptoms, it did not achieve a statistically significant superiority to standard immediate release levodopa therapy.”

However, R. Michael Gendreau, Chief Medical Officer of Intec, did note some positives derived from the clinical trial.

“Upon our on-going preliminary review of the data, we have noted that certain subsets of patients performed particularly well,” Gendreau said. “In those patients, we see a meaningful reduction in OFF time. We will continue to analyze the full data set and expect that such findings will help inform our strategy for AP-CD/LD moving forward."

Currently, Parkinson disease affects more than 2 million people in the US and Europe, with 600,000 patients in the US alone experiencing motor fluctuations, where patients experience both trouble with movement and dyskinesia.