Diets high in sugar and saturated fat are associated with ADHD.

Diet may play a role in whether children and adolescents have attention-deficit/hyperactivity disorder (ADHD).

Researchers María Izquierdo Pulido, PharmD, PhD, (photo) a professor in the department of pharmacy and food sciences at the University of Barcelona in Spain and colleagues studied 120 children and adolescents (60 with newly diagnosed ADHD and 60 controls) to see if following a Mediterranean diet would be associated with a lower chance of having ADHD.

Reporting in Pediatrics the team found that in those subjects who showed lower adherence to that diet there was a higher incidence of having an ADHD diagnosis.

While the findings do not prove causality, “they raise the question of whether low adherence to a Mediterranean diet might play a role in ADHD development.” They also suggest that whole diet, not just specific nutrients should be considered in looking for causes of ADHD, the team wrote.

The authors conceded that research on the relationship between ADHD and nutrients has been inconsistent, and that a dietary approach to treating ADHD therefore is controversial.

But the common finding is that unhealthy dietary patterns including high consumption of saturated fat and refined sugars and low in fruit and vegetables are associated with ADHD. People in Spain have traditionally followed a Mediterranean style diet, but that is changing, the authors wrote.

In their study, the researchers found that “although the mechanisms linking low-quality diet and ADHD are still unknown, an unbalanced diet can lead to deficiencies I essential nutrients or higher intakes of certain food components, such as food additives.”

There are numerous potential biological pathways by which diet can affect the nervous system, they wrote.

“For instance, iron and zinc, which contribute to healthy neurocognitive and physical growth, are cofactors for dopamine and norepinephrine production, both of which play an essential role in the etiology of ADHD,” they noted.

One uncertainty is that the relationship between ADHD could represent reverse causation. Adolescents and children with ADHD “are often characterized by impulsivity traits and emotional distress that may lead to poor dietary choices such as fat-rich or sugar-rich snack foods to balance their emotions as a form of self-medication,” they wrote. The authors also suggested that ADHD gets worse for children whose families have a degree of dysfunction and that “could lead to a worse choice of foods, which eventually could lead to a low intake of certain nutrients.”

More research is needed to see if changing the diet of children and adolescents could have a positive effect on their ADHD, the team concluded. 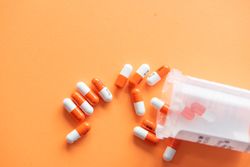