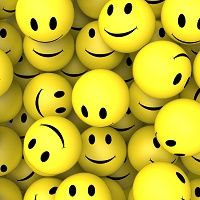 Heart disease patients may benefit from maintaining positive emotions, according to findings published in Psychosomatic Medicine.

Researchers from Penn State observed outpatients in order to determine the extent of the link between positive psychological states and superior health and longevity. The coronary heart disease patients were observed for reported positive affect, physical activity, sleep quality, medication adherence, cigarette smoking, and alcohol use at baseline. There were 1,022 patients at baseline, but at the 5-year follow up, 662 patients made up the study cohort. Data was collected about the patients’ demographics, cardiac disease severity, and depressive symptoms.

“Negative emotions and depression are known to have harmful effects on health, but it is less clear how positive emotions might be health protective,” Nancy L. Sin, PhD, explained in a press release.

“We found that positive emotions are associated with a range of long term health habits, which are important for reducing the risk of future heart problems and death.”

“Efforts to sustain or enhance positive emotions may be promising for promoting better health behaviors,” they continued in the statement.

The researchers believe several factors could contribute to the link between positive emotions and optimal health. They said that people with more positive emotions could be more motivated individuals who are persistent in participating in healthy behaviors, or they could be people with more confidence in their ability to maintain routines promoting more physical activity or better sleep routines. Having positive emotions might allow people to adapt to their health goals once they are set, as well as cope with stress and setbacks they encounter along the way, the researchers said.

In the future, the researchers would like to replicate these findings with other chronic disease populations and mark the patient’s health behaviors with electronic trackers.