Are You Paying Attention to Postoperative Depression?

Depression is a well-documented adverse effect of many surgical procedures, yet many surgeons fail to warn patients about their risks. What should surgeons do to monitor patients for depression after surgery?

How can you tell whether a patient is depressed after surgery? The best way is to run through a brief checklist of specific signs of depression at the patient’s follow-up visits. Have they have noticed excessive fatigue or insomnia? Has their appetite markedly increased or decreased? Do they often start to cry unexpectedly? Inquire about their level of motivation and whether they have recently had thoughts about harming themselves or others. Patients who admit having destructive thoughts should be referred to a mental health provider immediately, whereas patients with less severe depression symptoms may be able to wait a few weeks to see whether symptoms persist before seeking treatment.

Drs. Mary Whooley and Gregory Simon advocate the following 2-question test, which they claim is 96% sensitive in detecting depression:

• In the past month, have you felt “down,” depressed, or hopeless?

• In the past month, have you had little pleasure or interest in doing things?

Patients who answer “yes” to both questions require further evaluation to determine a specific diagnosis. You could also consider using the Zung Depression Scale, a brief depression screening handout patients can self-administer. The Beck Depression Inventory is another self-administered screening test widely used in the clinical setting.

Which patients are at risk?

Theories abound as to the causes of postoperative depression, ranging from an adverse effect of anesthesia, a reaction to postsurgical pain, a result of outcomes failing to match preoperative expectations, or some undetermined biological process. So far, no one has pinned down whether postoperative depression has physiological or psychological origins, but we do know that several factors increase a patient’s risk. For example, postoperative depression occurs more often in coronary artery bypass graft (CABG) patients who are single; smoke; report presurgical anxiety; have high presurgical levels of cholesterol, angina, or more severe heart disease; or are undergoing a repeat CABG.

The relationship between heart disease and depression is something of a chicken-and-egg conundrum: Is depression a precursor to heart disease or is heart disease a precursor to depression? Depression and heart disease share some common symptoms (fatigue, insomnia, poor appetite), and it may be that the two processes often exist concomitantly, with one or the other remaining undiagnosed. According to Dr. David Kemp et al, mechanisms proposed to link depression with cardiovascular disease include excess cortisol production, increased platelet activation, and altered autonomic function.

Research has focused heavily on the relationship between CABG and depression. As many as 50% of CABG patients show evidence of depression in the 6 months after surgery. Depressed patients have nearly double the risk of a major cardiac event in this period. Some studies have concluded that patients who experience major depression after a bypass are twice as likely to die or undergo hospitalization for a cardiac event in the next year.

Depression inhibits recovery after CABG. A 2003 study at Emory Heart Center identified depression as an independent predictor for decreased functional gain in the 6 months after CABG. Post-CABG depression also increases the risk of infections and minor illnesses after bypass, particularly in women.

An August 2008 study in the found that for most bypass patients with presurgical anxiety or depression, symptoms improved or remitted within 6 months of CABG. A recent US study observed that younger patients were significantly more likely than older patients to report postoperative resolution of presurgical anxiety. The average age of patients undergoing CABG has risen over the past decade, and in light of these results, surgeons should vigilantly monitor their elderly patients for postoperative depression.

Somewhere between 10% and 50% of CABG patients demonstrate cognitive impairment after surgery, casually referred to as “pump head” or “bypass brain.” Many symptoms of “pump head”—cloudy thinking, memory loss, difficulty concentrating, and emotional instability—are also commonly associated with depression. Clinicians should be cautious about automatically attributing such symptoms to “pump head” and investigate further to determine whether they could indicate depression.

A study published in (October 2007) reported an alarming statistic: patients in Philadelphia who underwent bariatric surgery for weight loss had a suicide rate 5 times that of the general population. The majority of suicides occurred more than 1 year after surgery, leading the study’s authors to suggest that physicians who treat gastric bypass patients develop a follow-up plan that includes depression assessment and treatment, if warranted.

Physiological processes probably contribute as well. Some researchers hypothesize that severe caloric restriction and resulting vitamin deficiencies can cause depression. A recent study found that diminished production of ghrelin—the “hunger hormone”—elicited symptoms of depression in laboratory mice. Gastric bypass patients have markedly reduced levels of circulating ghrelin (77% below normal, according to a UW School of Medicine study) following surgery. No one has studied whether a link exists between lower ghrelin levels in humans and depression.

Patients who undergo gastric bypass are more likely to have obesity-related comorbidities, such as diabetes and heart disease. These two conditions are strongly associated with depression. Regardless of the whys and wherefores, bariatric surgeons should warn their patients to be alert for signs of depression following gastric bypass.

Depression in the elderly after hip replacement|

Approximately 20% of patients who undergo surgery for a hip fracture are clinically depressed within 8 weeks. Hip fractures are more prevalent in the elderly, and the rate of depression in medically ill older people ranges from 15% to 25%. Causes for postsurgical depression may be psychological, stemming from anxiety about pain, limited mobility, and other quality of life issues. Just like CABG patients, individuals who develop depression after hip surgery have an increased rate of death and decreased level of functional recovery.

A 2004 study in stated that 93% of patients with grade III and IV gliomas “reported symptoms consistent with depression immediately following an operation” for their brain tumor. Yet, only 15% of the doctors for these patients identified their patients as depressed. Patients with postoperative depression have a shorter survival period after surgery and are more likely to develop complications.

Depressed individuals with Parkinson’s disease who undergo deep brain stimulation of the subthalamic nucleus (DBS-STN) often see a worsening of symptoms following surgery. This may result from disappointment with surgery results or it is possible that the procedure’s effects on the brain exacerbate depression. Even those Parkinson’s patients whose operation produced measurable improvement in motor function were likely to develop depression after surgery.

Epileptic patients have a much higher rate of depression and anxiety than the general population, particularly if their seizures cannot be controlled by medications. Epilepsy operations reduce depression and anxiety in these patients as much as 50%. Depression rates decline even in patients who continue to have seizures following surgery, though not as much as they decline for patients who end up seizure-free. This suggests that the mechanism at work is more physiological than psychological, although researchers have yet to identify it.

Plastic surgery patients go up and down|

Plastic surgery seems to cut both ways, improving depression symptoms for some patients yet eliciting symptoms in others. A 2006 study found that 31% of depressed patients who had plastic surgery were able to discontinue antidepressants within 6 months of surgery. The study’s author attributed this to their improved self-esteem.

Multiple studies have determined that women who have breast augmentation are 3 to 4 times as likely to commit suicide or die from causes related to alcohol or substance abuse than women who have other plastic surgery procedures or do not have surgery. The patients’ deaths often occur 10 years or more after augmentation. Many experts believe that underlying mental health conditions—and not the procedure itself—are what drive depression in these women. Conversely, depression remits in 70% of women with depression who undergo breast reduction. Many plastic surgeons routinely screen patients for psychiatric problems prior to operating.

What can surgeons do?

The inability to pinpoint the exact cause of postoperative depression associated with a specific procedure or health condition makes it difficult to draw up a one-size-fits-all prevention plan. A handful of studies concluded that treating depression in patients with concomitant heart disease does not improve event-free survival. This was true regardless of whether patients initiated treatment before or after surgery. Treating depression does improve quality of life for most patients, however, and it may decrease their social isolation, which can benefit recovery. It also improves the likelihood that patients will cooperate with rehabilitative measures. A handful of studies discovered that depression levels decreased in women who underwent cognitive behavioral therapy following CABG, and this directly corresponded to a lower rate of postsurgical infection and inflammation.

Experts say that letting the patient know precisely what to expect after surgery—regarding pain, recovery, complications—can alleviate anxiety and prevent depression in some patients. Patients who appear depressed prior to an operation should be evaluated and receive a diagnosis, if feasible, so that they can be watched more closely during the recovery period. Patients with known risk factors for postsurgical depression should be warned about their increased risk of postoperative depression and monitored for the condition after their operative procedure. Surgeons may also want to consider querying all their patients about depression symptoms at postoperative follow-up visits.

The National Institute of Mental Health recently awarded a 3-year grant for $500,000 to University of Pittsburgh School of Medicine Researchers to develop interventional strategies that would simultaneously treat depression and congestive heart failure. “Bypassing the Blues” is a related trial now underway that is examining whether CABG patients benefit from depression treatment after surgery. The goal is to develop a clinical model for detecting depression and incorporating depression treatment into the standard of care for heart failure. 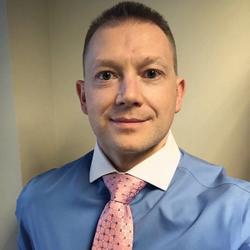 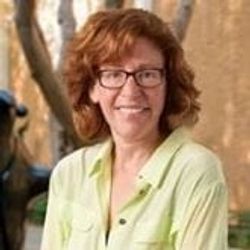