New data points to a major problem for patients with gastroesophageal reflux disease (GERD) where symptoms do not improve despite treatment.

A research team, led by Sean D. Delshad, MD, Cedars-Sinai Center for Outcomes Research and Education (CS-CORE), performed a population-based study to determine the prevalence of GERD symptoms and persistent GERD symptoms despite the use of proton pump inhibitors (PPIs).

GERD is an extremely common issue, especially in western countries. It’s estimated that approximately 20% of adults in the US suffer from GERD. Despite 40% of patients with GERD using protein pump inhibitors, the majority still have symptoms of reflux disease.

They also applied population weights to the data and performed multivariable regression to adjust for confounding.

For the 3229 patients taking daily PPIs, 54.1% had persistent GERD symptoms.

They found certain trends along demographical lines, where younger individuals, women, Latinos, and participants with irritable bowel syndrome or Crohn’s disease were more likely to have continued symptoms, even when taking PPIs.

The primary outcome of the study was treatment success, defined as a decrease of 50% or more in the Gastroesophageal Reflux Disease (GERD)—Health Related Quality of Life score at 1 year.

The difference in the incidence of treatment success between the active medical group and the control medical group was 16 percentage points (95% CI,−5-38; P =.17).

In the study, each patient was given 20 mg of omeprazole twice a day taken about 30 minutes before meals. 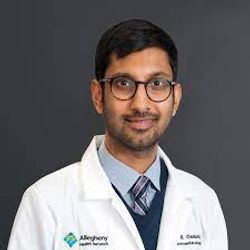 Akash B. Gadani, MD: The Importance of Diet for GERD

Akash B. Gadani, MD: The Current State of Treating GERD